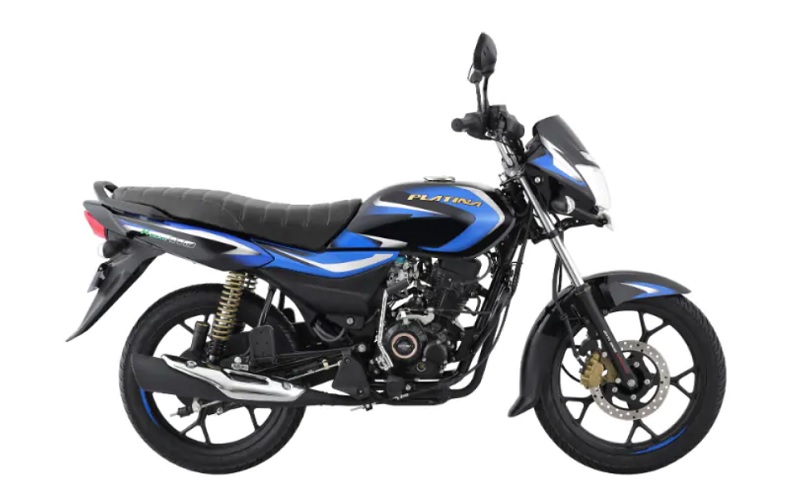 Bajaj Auto has added a new feature on one of its widely used commuter motorcycle, the Bajaj Platina. The new model launched comes as the Bajaj Platina H-Gear and boasts of a 5-speed gearbox, as opposed to the 4-speed one found in the earlier model. In addition, the Platina H-Gear comes with a “Gear Shift Guide” and a new digital instrument panel with a trip meter and a fuel indicator.

As for its function, the Gear Shift Guide on the Platina H-Gear helps the rider to stay on the optimum gear, instructing a required upshift or a downshift at the time of riding. The new H-gear comes as the Highway gear, as Bajaj calls it, and is made for long distance riding on highways.

Along with the H-Gear, the new Bajaj Platina comes with a longer seat, broader rubber footpegs and features like anti-skid braking system and ComforTech technology with nitrox SoS suspension. Designwise, Bajaj has used a new 3D logo on the Platina H-Gear with new decals and a quilted seat with stitch lines. The bike uses tubeless tyres.

With the new model, Bajaj Platina now comes in three variants in total – the standard Platina 100, the Platina 100 ES and the new Platina 100 H-Gear. The Platina range has been one of the highest selling vehicle from the house of Bajaj and the company managed to sell over 6,26,000 units from April 2018 to March 2019.