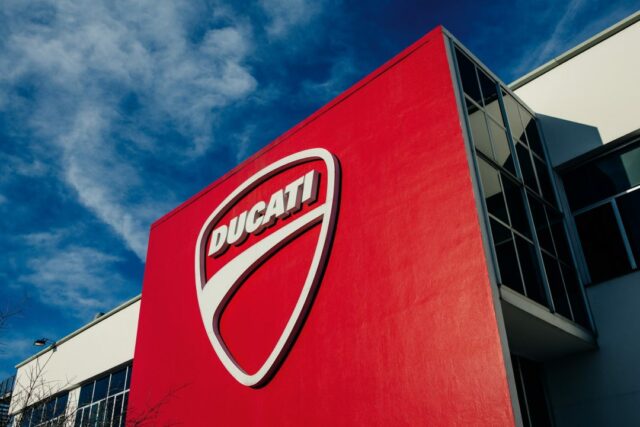 Ducati is set to gradually return to normal, with the steady resumption of production in its Borgo Panigale factory, scheduled to begin on Monday, April 27.

In compliance with the regulatory protocol for measures to combat and contain the spread of the Covid-19 virus in the workplace, Ducati temporarily suspended production in its Bologna plant on Friday 13 March to reorganize production schedules. Then came the decree that suspended all non-essential activities and therefore, despite the organization being ready, production did not restart. The gradual improvement in health conditions has allowed the government today to enable companies deemed strategic for the national economy, whose activity is mainly aimed at exports, and for which prolongation of the suspension would risk losing our country additional market shares, to resume production.

This is the first phase of return, which at the moment will only involve a part of the workers destined for the production lines. Workshop staff will begin first, then engine assembly workers and, from Tuesday 28 April, motorcycle assembly workers. As for employees, the use of smart working will remain mandatory, only those who are not in a position to carry out their work from home will be allowed to access the factory. All resources employed in the commercial, marketing, IT, personnel management, finance, purchasing and logistics areas will, therefore, be working remotely. The production has been reorganized, going from an eight-hour shift to two seven-hour shifts to allow the minimum number of people to be inside the plant at the same time and thus minimize possible contact. The canteen will be active but with one seat for every four chairs.

The technicians engaged in Research and Development activities who cannot do their work from home were already at work as allowed by the specific ATECO code: therefore the engineers of the engine test rooms, those who carry out motorcycle tests and those who carry out laboratory testing are all present at Borgo Panigale. All designers, project managers, and those in the calculation department will work remotely. This will ensure the deliveries of Ducati motorcycles and the development of new products.

All the rules of conduct in force in Ducati comply with the updated shared protocol of April 24, and for some points, they are even more restrictive. For example, inside the company, there is an absolute requirement to use masks, regardless of distancing. The entire Ducati protocol is the result of the work of a joint commission between the company and the RSU (unified worker representation body) that was formed on February 23, just two days after the discovery of the first infected person in Italy. Many of the measures inserted are the result of a careful analysis of the protocols used in the Chinese plants of the VW Group, in particular the FAW-VW of Chanchung, where production was suspended only for one week but where strict protection, distancing and sanitizing measures are still in force.

“We are ready to go, we have worked hard over the past few weeks to minimize any risk,” said Claudio Domenicali, Ducati CEO.  “Despite this, we will have to be extremely cautious and rigorous. The virus is still in circulation and we must, therefore, be careful to combat any possible form of transmission. This is the reason why all the people present in the factory will wear masks, we must protect the population from the presence of asymptomatic positives who, although in a very small percentage, are present today and will not be identified by the mandatory temperature test. Serological tests can help but they represent only a snapshot; they should be repeated every day before entry, and this is obviously extremely difficult. This is why masks and distancing are so important. We will obviously adapt the protocols to the evolution of the health situation and to the indications given by the State and the Emilia-Romagna Region. We have been in constant touch with President Bonaccini, whom I thank for the support, with councillor Colla and with commissioner Venturi to prepare us better for this eventuality. The two-wheel market is highly seasonal, and the stop to production in March and April has already had negative effects on sales. The Chinese market is already booming, sales in Korea and Japan are doing well. In Germany, dealers have been open for a week and we already have a major shortage of product. I really believe that this restart can allow us to reduce at least in part the negative effects of the lockdown that we were forced to respect, unfortunately at the worst time. We have a splendid order book: the brand-new Streetfighter V4 just launched has obtained unanimous approval from the specialized press and is the undisputed queen of the category. Unfortunately, production was halted just one month after the start. Then there are also many orders for the Multistrada 1260 S Grand Tour and for the Panigale V2. We also have the empty warehouses of the Multistrada 950 and Ducati Scrambler 1100 PRO. I am convinced that in this ‘phase two’, the bike will prove to be an extraordinary means of combining fun, passion and the possibility of having a vehicle with which to spend the weekend but also to move around quickly and safely in the city, without any problems of parking or social distancing. I want to thank all Ducati employees who have patiently and collaboratively managed this very anomalous phase and are supporting us in the management of the restart.”

Despite the reopening of the production lines, Ducati confirms that visits to the Museum, Factory and Fisica in Moto continue to be suspended until further notice, in addition to entry into the factory being prohibited for suppliers, dealers, external contracted companies, and external staff in general, unless proven and unavoidably required for the continuity of production activities, product development and general services.

Ducati Motor Holding S.p.A. – A Sole Shareholder Company – A Company subject to the Management and Coordination activities of AUDI AG
Founded in 1926, since 1946 Ducati has been manufacturing sport-inspired motorcycles characterised by high-performance Desmodromic engines, innovative design and cutting-edge technology. With its factory located in Bologna’s Borgo Panigale district. The model range covers several market segments with the following families: Diavel, XDiavel, Hypermotard, Monster, Multistrada, SuperSport and Panigale. In 2015 Ducati presented the Ducati Scrambler: a new brand made of bikes, accessories and apparel that stands out for its creativity and self-expression.

In 2017, Ducati has presented the Panigale V4, the first Ducati production bike to mount a 4-cylinder engine derived directly from the Desmosedici GP engine. Ducati iconic motorcycles, together with an extensive range of bike accessories and technical and lifestyle apparel, are distributed in 90 countries worldwide. In 2019 Ducati delivered 53,183 bikes to customers, consolidating its sales over the 50,000-bike threshold for the fifth year running. Ducati competes in both the World Superbike and MotoGP World Championships. In Superbike, Ducati has won 17 Manufacturers’ titles and 14 Riders’ titles. Ducati has been competing in MotoGP since 2003, winning both the Manufacturers’ and Riders’ titles in 2007.