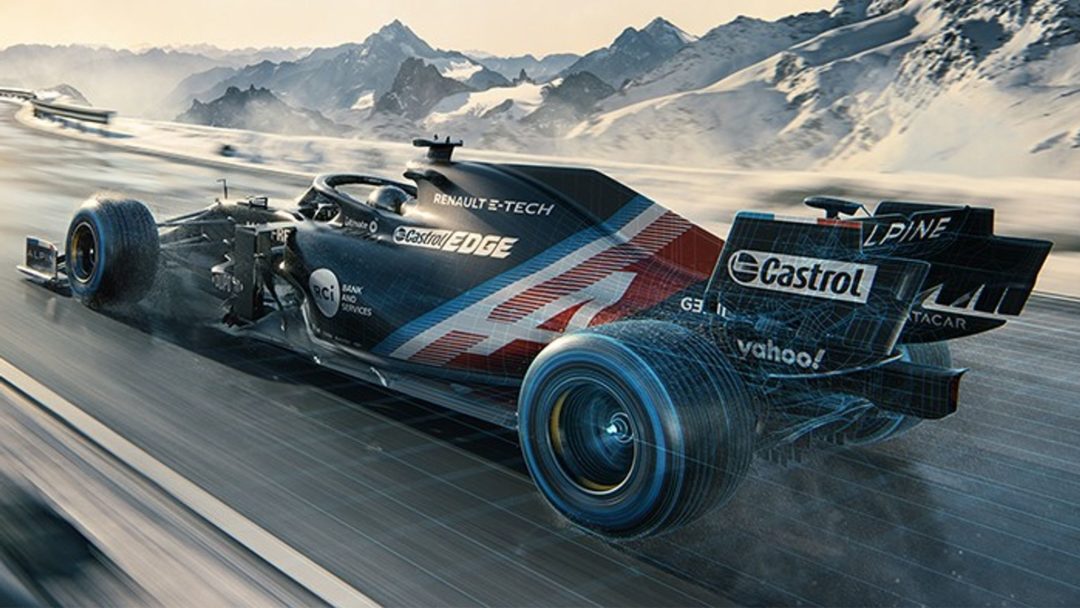 Renault has finally revealed the new look of their Formula 1 team after releasing the first images of an Alpine F1 livery ahead of the 2021 rebrand. The design, predominantly black while also featuring a large ‘A’ Alpine emblem as well as a nod to the French flag, is described as a ‘temporary winter livery’ with the full A521 car launch taking place in February.

For those unaware, Renault’s F1 team has been rebranded this year, with the name Alpine, focusing on Renault’s performance division. To add to this, the season will mark the return of two-time world champion Fernando Alonso, who returns to the world of F1 after a brief retirement, to race for Alpine in 2021, do note however that Cyril Abiteboul will not lead the team, since he recently announced that he leaving Renault.

Alpine’s CEO is Laurent Rossi, but a new team principal has yet to be confirmed. “The livery presented today is the first evocation of the Alpine F1 team’s new identity,” said Antony Villain, Alpine’s design director. Renault has raced in yellow since returning to the F1 grid in 2016, and the black colour of the interim AF21 livery is a tribute to the A500 F1 prototype.

Some other comments from Alpine include: “Some of the structural graphic elements will remain on the racing livery while others will change,” added Villain about the first renders of the Alpine livery. “The ‘oversized’  emblem in a tricolour graphics system is the first clear-cut symbol of the brand’s identity in motorsport. The blue, white and red refer to the colours of the French and British flags, which is very important to us. Numerous variations on all the motorsport assets are still to come.”

In some non-formula, one but Renault related news, the F1 team, Renault Sport Racing and Renault Sport Cars will all come under the ‘Avant-Garde’ Alpine brand. Renault also announced that Alpine will be developing a new electric sports car as part of a new collaboration with British manufacturer Lotus.

What are your thoughts regarding this new Alpine livery? Let us know in the comments below.