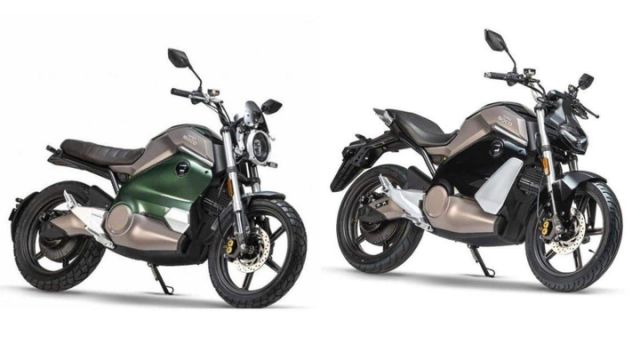 For the TC Wanderer itself first, it is a variant in Super Soco’s retro-styled TC lineup. That boasts a retro design theme with some new features that have been borrowed from the Super Soco TC. It also gets wrap-around headlamps, raised handlebars, a small flyscreen, and even a café racer-style seat. There are disc brakes at both ends, and it boasts of a circular Digi-analog instrument cluster, full LED lighting, keyless ignition, and a USD fork as well.

Moving on to the TS Street Hunter, it comes with a sharper design and also a heavier stance. It gets LED light fittings where headlamp, tail lamp, and turn signals are concerned along with a fully digital instrument cluster, 17-inch wheels, and stopping power via disc brakes at the two ends along with a Combined Braking System.

As both of the motorcycles share the same powertrains, we have mentioned it here. The motor generates 2.5 kW and 180 Nm with two 60V and 32Ah battery packs that share a total storage capacity of 3.84 kWh. This battery, however, can be fully charged in just 3.5 hours. It is offered in three modes which offering a top speed of 75 km/h.

Well with that said, do let us know your opinions on these new electric motorcycles, by dropping a comment down below.