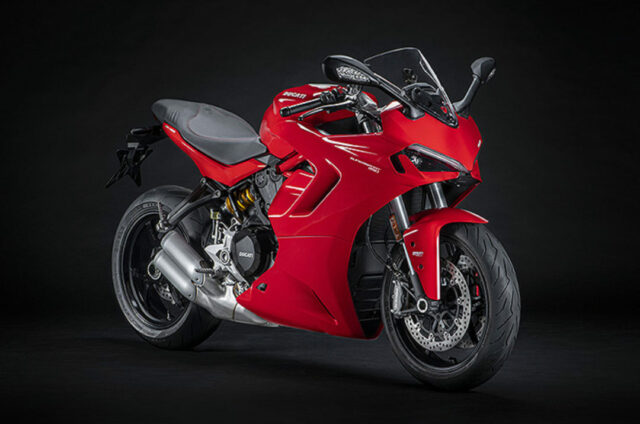 Ducati Supersport 950 to launch soon in India. The brand has revealed that the Supersport 950 is the next motorcycle it will launch in India. Ducati announced at the starting of the year that it would launch 12 motorcycles in India and the updated 950 was part of that list. It will follow the Ducati XDiavel that went on sale on August 12. While there is the new BS6 update, it is also being said that the 2021 Supersport has quite a few changes over the previous-gen model.

As for the bike itself, it is said to get the Panigale design treatment to bring it closer to its siblings – the Panigale V2 and the Panigale V4. This includes an aggressive headlight design with the brow-like Daytime Running Lamps and updated bodywork that now include new fins on either side of the headlight. It gets a total of three riding modes – Sport, Touring, and Urban – and a bi-directional quick-shifter. Whereas, the other electronics also include a Bosch six-axis IMU and the addition of a new 4.3-inch full-TFT dashboard.

While for the powertrain, the 2021 Supersport 950 remains largely unchanged when it comes to its engine. It still comes powered by a 110hp, 93.5Nm, 937cc, L-twin engine, and the peak power and torque come in at 9,000rpm and 6,500rpm respectively. The brand has confirmed that this engine now is Euro BS6 compliant too.

Well with that said, do let us know your opinions on this post Ducati Supersport 950 to launch soon in India by dropping a comment down below.