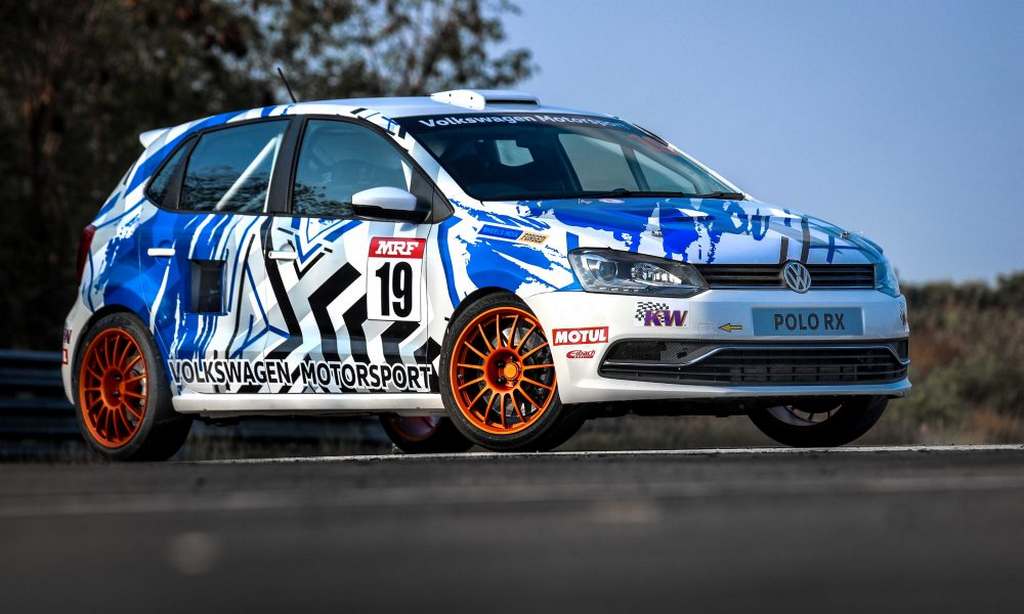 Volkswagen Motorsport India had been working on a special project to mark its tenth anniversary and till now, the project had been known as the ‘Winter Project’. The motorsport division has now unveiled the special car though and is calling it the Volkswagen Polo RX. Made only for track use, the car comes with a rear-engine for a completely rear-wheel drive

Essentially carrying the make of a regular Volkswagen Polo, the Polo RX has been produced completely by the factory team engineers and the technicians in India. The team of engineers and technicians worked on the project during their ‘winter break’ and that is how the car got its name of the Polo Winter Project track car.

As for the car itself, the Polo RX carries its engine at the rear, an engine that is the same one as found on the Volkswagen Ameo Cup car. The1.8-litre direct injection turbocharged engine delivers 205 PS of power at 6100 rpm, churning a maximum torque of 320 Nm. Accompanying the engine is a sequential gearbox and paddle shifters.

The firm says that the major challenge came was posed by the drivetrain for the Polo RX, having to redesign it completely from the ground up to fit in the engine at the rear. The team thus created the appropriate mounts for the engine, gearbox and suspension mounts.

The team came up with special air vents for the car to direct the airflow to the engine. The fuel tank also had to be shifted to the front, with the intercooler already occupying the fuel tank’s space. In addition, the suspensions, fuel lines and cooling system lines of the car had to be worked upon.

The Polo RX comes as a one-off car by the the company and can be rented by anyone for track use. Completed in three weeks, the car does not comply with any regulations as of now and hence cannot take part in any of the competitive events. Volkswagen can definitely tweak this if need be, as and when it deems fit for the car to be racing on a track.

Casio India launches EDIFICE line of Watches, made in collaboration with AlphaTauriF1 #Casio