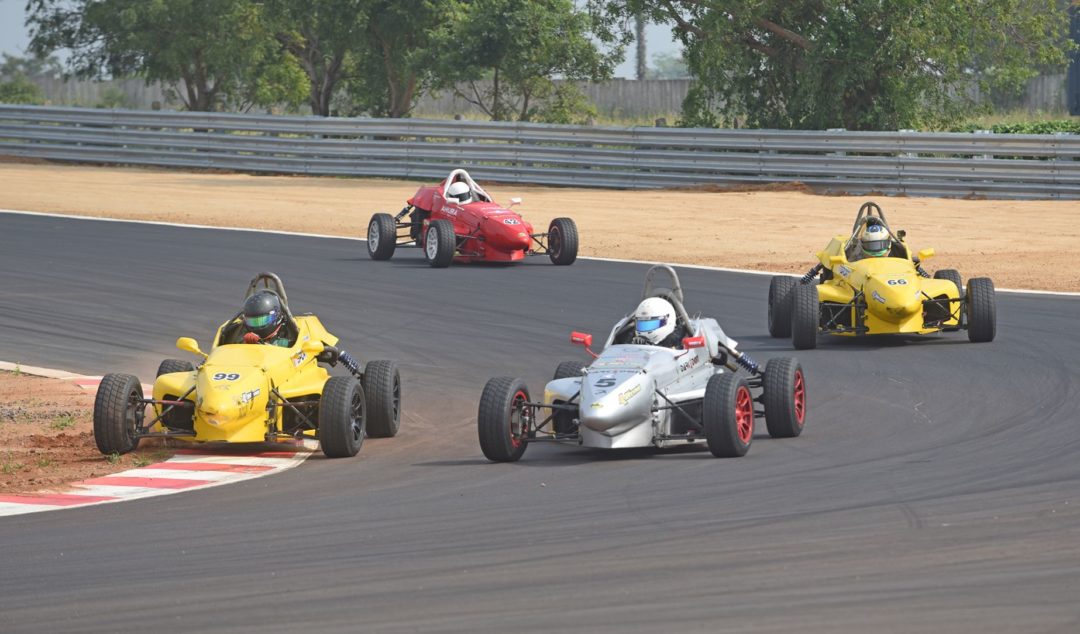 The Kari Motor Speedway, which is situated on the outskirts of Coimbatore amidst sylvan surrounding, will roar to life as participants gear up for the final round of country’s premium motor racing event- the 23rd JK Tyre FMSCI National Racing Championship. After the grand success of the first two rounds of races held in December 2020 at the same venue, this weekend, from January 21 to 24, promises rich action.

Six races in each category of Formula LGB 4 and Novice Cup will be held during the finale weekend. Chennai’s Ashwin Datta of Dark Don Racing grabbed the limelight in December in the Formula LGB4 category with his consistent racing. For those unaware, the unsung Amir Sayed from Kottayam of MSport, demonstrated his stellar form in the Novice category.

The youngster took a likening to the renovated Kari Motor Speedway in quick time and was able to handle the twists and turns to a nicety. The stakes are higher and so is the determination of the racers as they race for the coveted National Champion title.

Adding on to the on-track excitement will be the country’s finest women racers who will be in tow to give some tough competition to the men in the grid. In the last outing, Mira Erda of MSport was the best female racer. In the Novice category, Anushriya Gulati of Ahura Racing emerged as the noticeable winner.

As per the provisional standings, in the Formula LGB4 category, Ashwin Datta with 39 points goes into the final as the leader. Chennai lad Raghul Rangasamy of MSport with 32 points closely follows him with his teammate Vishnu Prasad at 30 points. In the overall team category, Dark Don Racing heads the standings with 80 points, followed by MSport at 74 & Ahura Racing at 29.

Amir, with 60 points, has a comfortable lead in the Novice Cup category. He is followed by DTS Racing’s Dhruvin Gajjar from Rajasthan with 34 points. Closing in in the third place is Kolkata boy Aman Chaudhary representing DTS Racing with 24 points. Team MSport leads the points table with 77 points with DTS Racing and Momentum Motorsport in the second and third place with 59 & 50 points respectively.

In the rookie category in Formula LGB 4, Viswas Jayaraj from Nellore representing Avalanche Racing with 44 points, is the leader. At 35 points,  Anushriya Gulati from Dehradun is placed second. With just one point behind, Chirag Ghorpade of Bangalore from Team Momentum Motorsport is placed third at 34 points. The weekend will decide if Anushriya is able to maintain her lead over Chirag.

The race programme starts on Friday and will culminate with the finale on Sunday.

Speaking about the JK Tyre FMSCI National Racing Championship, Sanjay Sharma, Head, Motorsports, JK Tyre said, “We feel proud that despite the pandemic, which put the world at a halt, we at JK Tyre were able to maintain the continuity of India’s longest-running racing championship without compromising on the safety protocols set by the Government and State authorities. And this is all with the support of our participants, patrons, officials, technicians who worked together to make this happen.”

“With some seasoned racers on the track, it would be a sight to watch the final round go down to the wire as we will get our National Champions for 2020,” he added.