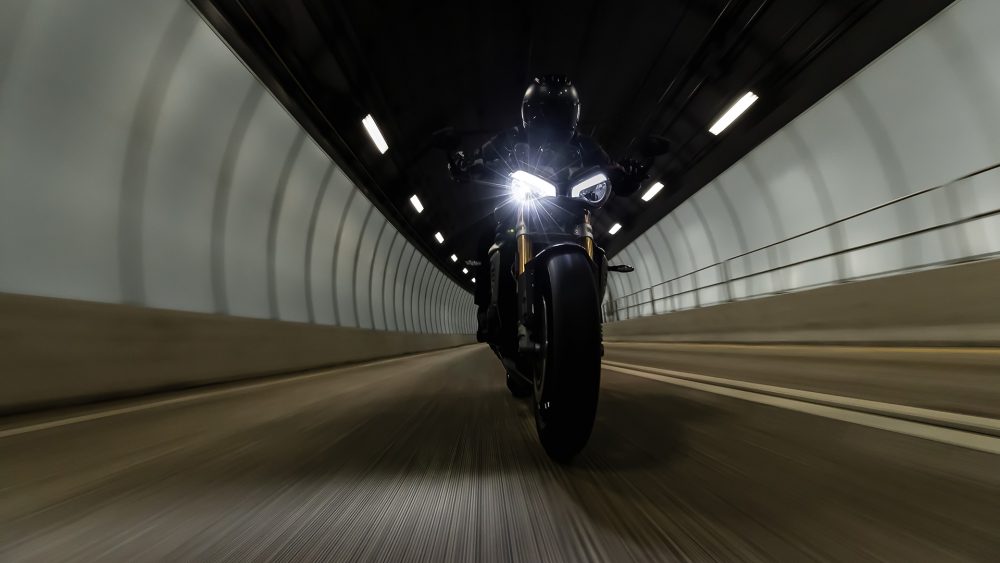 In terms of power, the bike has been tweaked heavily. In terms of the engine, the bike gets its power from a completely fresh and higher capacity 1160 cc triple-cylinder powertrain. This engine as per the bike maker has been ‘developed with insights from its Moto2 race engine programme.’

The engine is capable of producing 180 PS of maximum power at 10,750 rpm, while the peak torque rating stands at 9,000 rpm. It also revs 650 rpm higher than the previous engine. It also benefits from a new ‘free-breathing intake and exhaust.’

As for the weight, the bike weighs 198 kgs which is approximately 10 kgs lighter than the previous model. As per the Triumph, the new bike can boast the highest power-to-weight ratio ever in the Speed Triple’s history.

It has a service interval period of 16,000 km and is offered with two years unlimited mileage warranty.

What are your thoughts regarding the Speed Triple 1200RS? Is it a bit of an overkill? Let us know in the comments below.