Renault Unveils Kiger, Pricing yet to be revealed #RenaultKiger 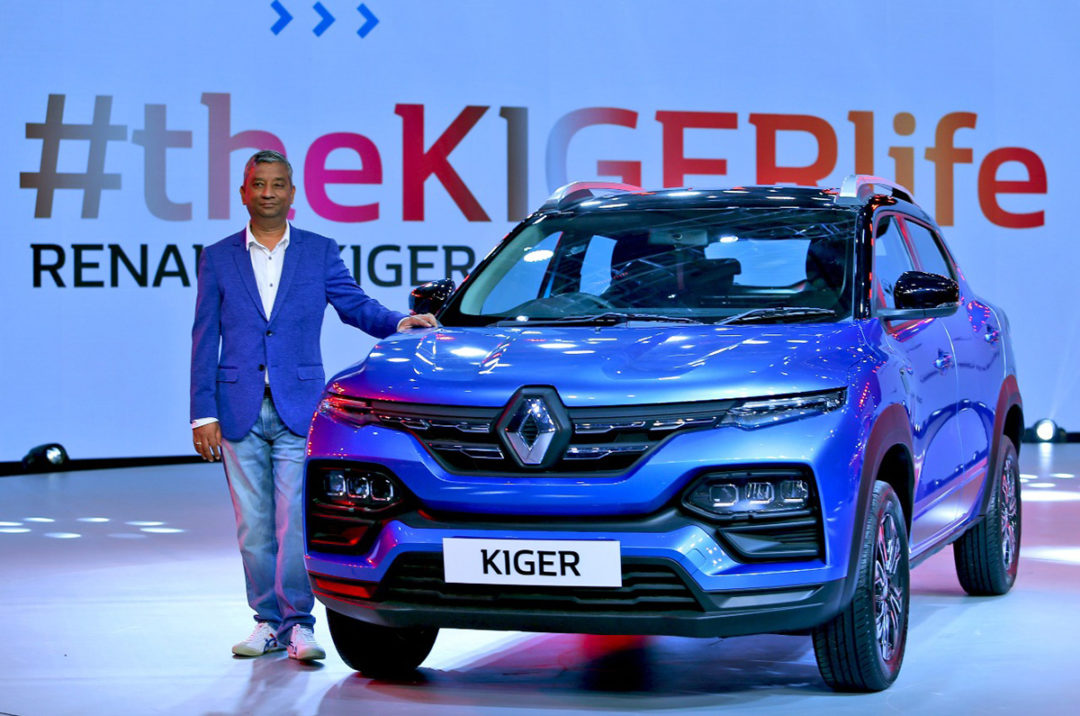 Renault was in the headlines today as it launched the Kiger SUV, which had been teased for some time.

In terms of the raw appearance, the car appears to be closely related to its concept version showcased earlier. It carries over the horizontally stacked headlamps mounted over the front bumper and sleek LED DRLs which lend it a high bonnet effect.

For other design elements, the signature front grille towards the front borrows it’s styling from the Kwid. As for the wheels, the funky looking alloys sit under muscular arches which add to its bold appeal. Renault has also used black plastic cladding on the doors and wheel arches for a meaner look.

The roof comes in a dual-tone effect which is supposed to be limited only to the higher-specs variants. To the back of the car, the inverted C-shaped LED tail lamps look sharp and modern.

For power, the Kiger depends on two engine options, a 1.0-litre turbocharged three-cylinder petrol engine delivering 100 PS and 160 Nm, and another 1.0 L petrol engine with an output of 72 PS and 96 Nm.

“After Duster, Kwid and Triber, we are now preparing for the launch of Renault Kiger, a modern SUV that is a perfect fit for the Indian market. It combines the best Renault has to offer.

Our expertise in innovative cars with the creativity and in-depth knowledge of customer needs. A strong proof that Renault really is a game-changer,” shared Fabrice Cambolive, SVP, Renault Brand, Sales & Operations.

Aiding the make in India campaign, the company says that the Kiger will be a global product manufactured in India. Prices are yet to unveiled for the same.

What are your thoughts regarding the Kiger? Are you excited for it’s launch? Let us know in the comments below.

2 thoughts on “Renault Unveils Kiger, Pricing yet to be revealed #RenaultKiger”