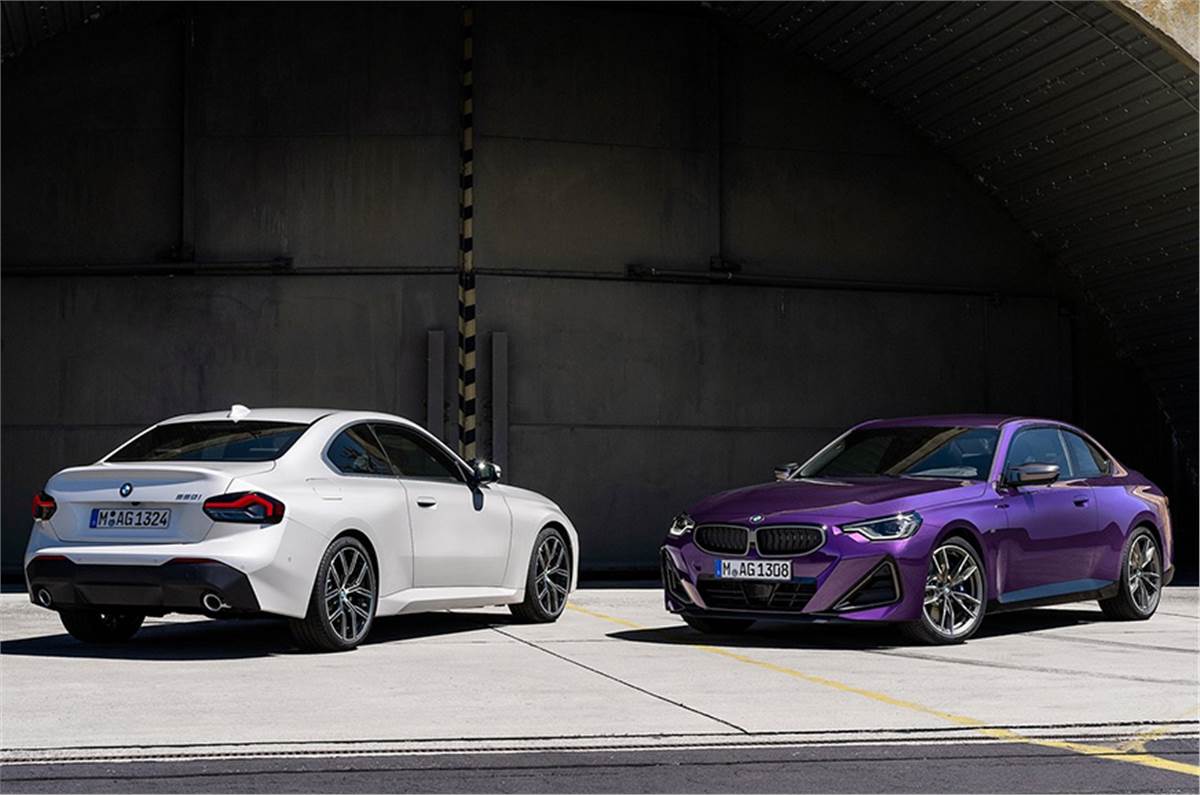 2021 BMW 2 Series Coupe revealed. It was going to have a debut at the Goodwood Festival of Speed and a subsequent introduction in international markets in early 2022.

As for the car itself, starting off with the design it has seen a big redesign that brings it into line with newer BMW models. Instantly, there are noticeable changes to the vertically oriented grilles that adorn the new 4 Series, M3 and M4 are absent. Furthermore, there is the sportier M240i is marked out specifically by its squared-off sports exhaust, a bespoke front splitter, colour coded rear spoiler, grey trim elements and unique 19-inch M Sport alloy wheels. Whereas the M Sport styling package brings 18-inch alloy wheels, adaptive LED headlights, variable sports steering and a host of other optional extras.

There are some other changes to the gearbox too, where each model uses an 8-speed automatic gearbox with launch control and sprint mode functionality. It adds an new electronic rear differential in line with its heightened handling focus, and its xDrive four-wheel drive system is programmed to give a rear bias in true BMW sports car fashion. A mid-rung 244hp 230i variant, due in summer 2022, will also be available with a differential on the rear axle.

Well with that said, do let us know your opinions on this post 2021 BMW 2 Series Coupe revealed by dropping a comment down below.