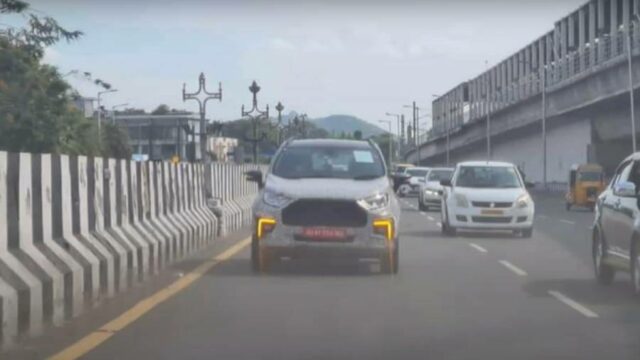 2021 Ford Ecosport facelift spotted ahead of launch. Ford Ecosport is the best-selling car by the brand, so they constantly give updates to the car. There have been multiple updates in the past years and even the recent EcoSport SE which was the most affordable trim level launched a few months ago. There is going to be another new 2021 Facelift which has been spotted and it could be launched very soon.

As for what we know till now about this new 2021 EcoSport Facelift, we expect it to boast a larger grille at the front, and that would be flanked by the newer LED headlights. New LED DRLs are confirmed to be placed on the bumper in a triangular shape which will also double up as turn indicators. 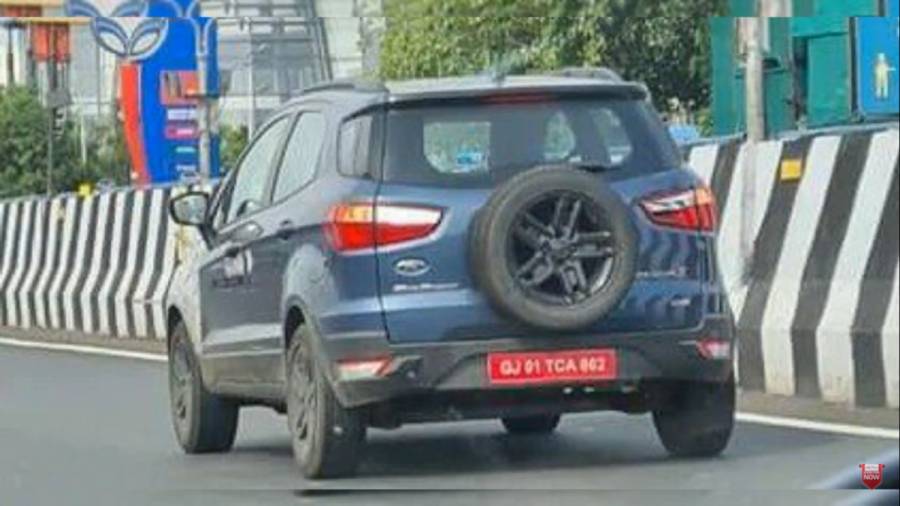 Moving to the insides, while there have been no spied shots for it there have been multiple rumours according to which there could be a new textured dashboard, that could be more on the lighter side. Other than that, we don’t expect much to be changed from the current model.

In the end, we have the powertrain, which could have some more improvements. This could actually continue to come with 1.5-litre petrol and diesel engine options while the speculated 1.2-litre mStallion petrol engine from Mahindra won’t be used as Ford and Mahindra JV was called off in 2020.

Well with that said, do let us know your opinions on this post-2021 Ford Ecosport facelift spotted ahead of launch by dropping a comment down below.