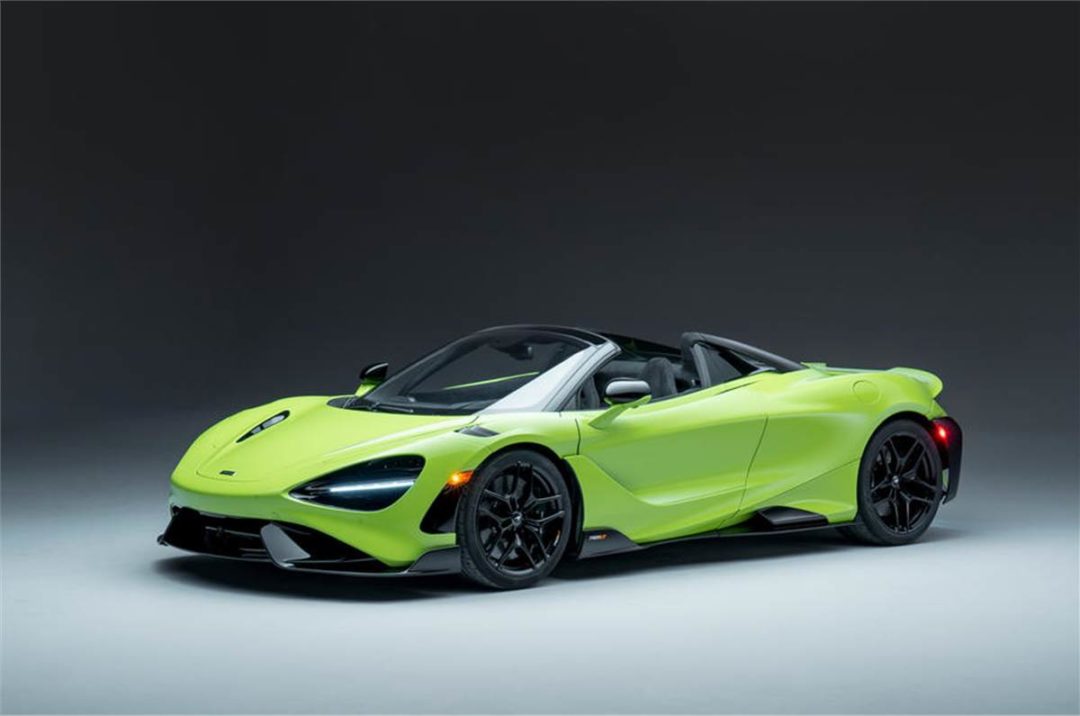 2021 McLaren 765LT Spider revealed. McLaren has revealed the anticipated 765LT Spider, which the firm claims is the fastest convertible it has ever produced and it also offers the “highest-ever levels of driver engagement” for a model in its line-up of track-focused ‘Longtail’ models.

As for the car itself, it features the same aerodynamic carbon-fiber bodywork as the Coupe version, including a front splitter and bumper, lower door blades and side skirts, and a wraparound rear bumper. The maker says that the car uses McLaren’s Monocage II-S structure, which is identical to the one used for the Coupe, save for an extra carbon-fiber upper structure around the engine bay, and two new structural supports bonded into the chassis to add rollover protection too.

Moving to the interior, the car features a lightweight cockpit design with carbon-fiber, Alcantara-covered race seats, door nets in place of pockets. It also features McLaren’s Active Dynamics Panel, with three settings for the transmission and suspension. The doors of the Spider do not feature an upper carbon fiber frame, so they are smaller and lighter than those on the Coupe. This requires only a single hinge to operate now.

Well with that said, do let us know your opinions on this post-2021 McLaren 765LT Spider revealed by dropping a comment down below.