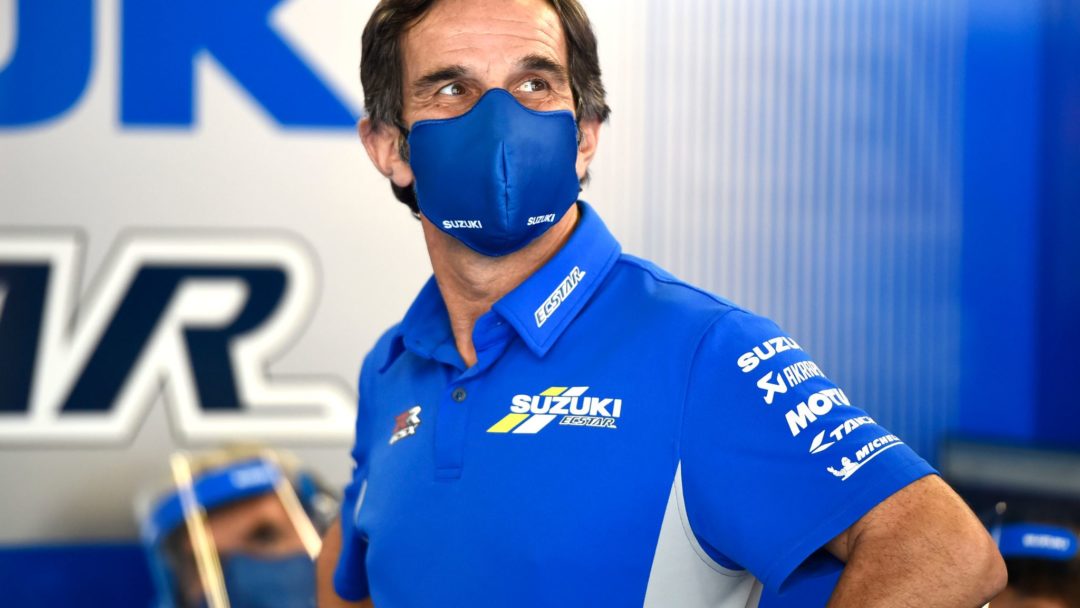 Alpine has announced that former Suzuki MotoGP team manager Davide Brivio will join its Formula 1 team this year as the racing director. As was first revealed by Autosport, Brivio has chosen to end a lengthy career in motorcycle racing to switch to F1.

Brivio will become Alpine’s racing director and will report directly to the sportscar manufacturer’s newly-appointed CEO Laurent Rossi. The new position comes as part of a management reshuffle at the Alpine F1 team following Cyril Abiteboul’s departure from the team. Alpine has not yet announced who will replace Abiteboul, but it is expected that the executive director Marcin Budkowski will take the role.

Brivio’s move to Alpine has been planned by Renault CEO Luca de Meo, who is pushing hard to change up the French car manufacturer’s many sub-brands. De Meo and Brivio got to know each other at the Yamaha MotoGP team, where Brivio was team manager from 2002 until 2010.

Speaking about his decision to move to F1 earlier this month, Brivio said that it had not been an easy call to make. He said: “A new professional challenge and opportunity suddenly came to me and in the end, I decided to take it,” he said. “It has been a difficult decision. The hardest part will be to leave this fabulous group of people, whom I started this project with when Suzuki rejoined the championship.

“And it’s hard to say goodbye also to all the people who have arrived over the years to create this great team.”I feel sad from this point of view, but at the same time I feel a lot of motivation for this new challenge – which was the key when I had to decide between renewing my contract with Suzuki or starting a completely new experience.”

What are your thoughts regarding Brivio’s appointment? Let us know in the comments below.