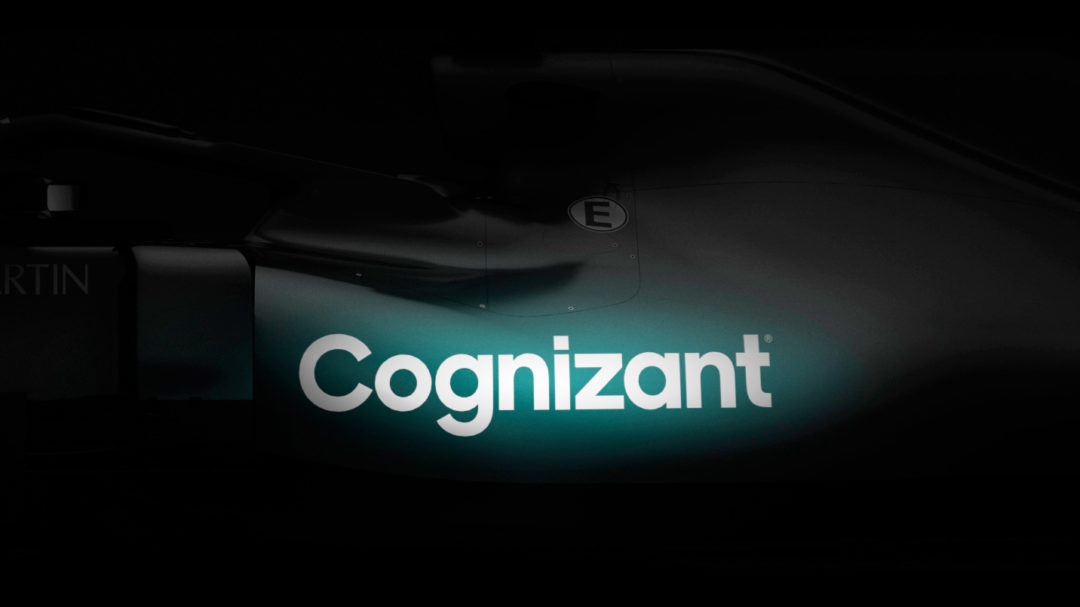 With anticipation rising for almost 12 months, Aston Martin today announced that it is back in Formula One and, the team’s title sponsor is set to be Cognizant. According to the brand, a new Era has begun.

In their press release, the company states that they are quite excited to reveal the first look of their new and refreshed identity and, then moves on to talk about how they have a new title partner. This partner is Cognizant, an American multinational IT brand with plans full of ambition.

This team is being dubbed as the  Aston Martin Cognizant Formula One™ Team. This will be the name it sports  when it lines up on the starting grid for the new season.

The team also talks about the key role that Cognizant plays, as not only a sponsor but that of a true digital transformation partner that will serve a real purpose. The multi-year association brings real energy to the new era of Aston Martin in Formula One with Cognizant ideally placed to empower the team with the best IT infrastructure and software solutions on the market, said Aston Martin.

In March, the team will be unveiling their car livery to the world at Aston Martin’s global HQ in Gaydon, including the introduction of  their driver line-up, featuring four-time World Champion Sebastian Vettel and multiple Grand Prix podium finisher Lance Stroll.

“We’re just two months away from the start of the season, so it’s fantastic to celebrate the new era of Aston Martin in Formula One by welcoming Cognizant as our title partner. Innovation and technology are central pillars for any Formula One team and this long-term partnership is more than just a branding exercise. With a new factory already under construction, Cognizant’s expertise and resources will add value in all areas of our IT operations and make a valuable contribution to our performance on-track.” said Otmar Szafnauer, CEO & Team Principal, Aston Martin Cognizant Formula One™ Team.

Sebastian Vettel, Aston Martin Cognizant Formula One™ Team said: I can’t wait to start working with Aston Martin Cognizant Formula One™ Team. There’s so much for me to discover over the next few months and I’m incredibly determined to help make this team even more successful. Before we know it, we will be at the first race, seeing this famous name back where it belongs. I’m proud to be part of this journey.”

To add to this Lance Stroll, Aston Martin Cognizant Formula One™ Team commented:“Seeing Aston Martin back in Formula One is a huge deal – especially with a new title partner, Cognizant. Whenever I’m at the factory, you can feel the buzz and energy. We’re ready for this. There’s so much hunger in the team and I just can’t wait to get the season started.”

Are you excited for Aston Martin’s return? Let us know your thoughts in the comments below.