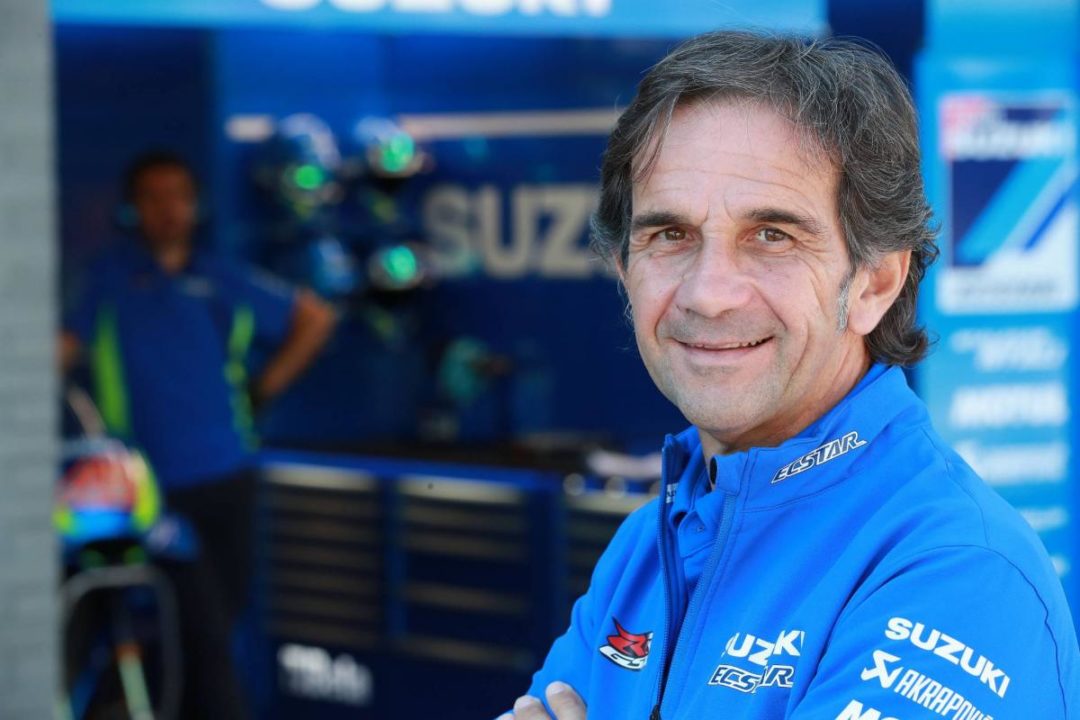 It seems the world of Moto GP is about to witness a major change, as, Suzuki recently announced that Brivio is leaving the team in favour of a move to Alpine. Autosport on Wednesday, in an exclusive article, revealed that Brivio is to make a surprise move to Alpine to become its CEO as part of a management restructure.

While Alpine’s parent company Renault has so far declined to comment in regards to this situation, Suzuki announced on Thursday morning Brivio was leaving MotoGP. For those unaware, Brivio aided Suzuki for a long time and led Suzuki to its first MotoGP world titles in two decades, in 2020, with the Japanese manufacturer winning the title and Joan Mir the riders’ crown.

Commenting on this situation, Brivio states: “A new professional challenge and opportunity suddenly came to me and in the end,I decided to take it,” he said. “It has been a difficult decision.”The hardest part will be to leave this fabulous group of people, whom I started this project with when Suzuki rejoined the championship.

“And it’s hard to say goodbye also to all the people who have arrived over the years to create this great team. “I feel sad from this point of view, but at the same time I feel a lot of motivation for this new challenge – which was the key when I had to decide between renewing my contract with Suzuki or starting a completely new experience.”

Brivio is going to become the CEO of Alpine, with his primary job being that of working alongside team principal Marcin Budkowski, albeit, keep it mind, this has not been announced. Suzuki have a lot to do to fill this gaping hole, but, Brivio commenting on the same, hoped that the team achieve more success. He stated: “Achieving a MotoGP title is something that will remain in the Suzuki history books and it will always have a special place in my life memories,”

“Suzuki MotoGP, I hope that the results in the future will be better and better and I will always be a Suzuki fan. Thanks very much Suzuki.”

Are you upset about this sudden announcement? Let us know in the comments below.

2 thoughts on “Brivio To Exit Suzuki,Paving the way for Apine F1 Shift #MotoGP”