Fortuner Legender, Toyota’s Update for the Fortuner launches today, here’s what we know so far. 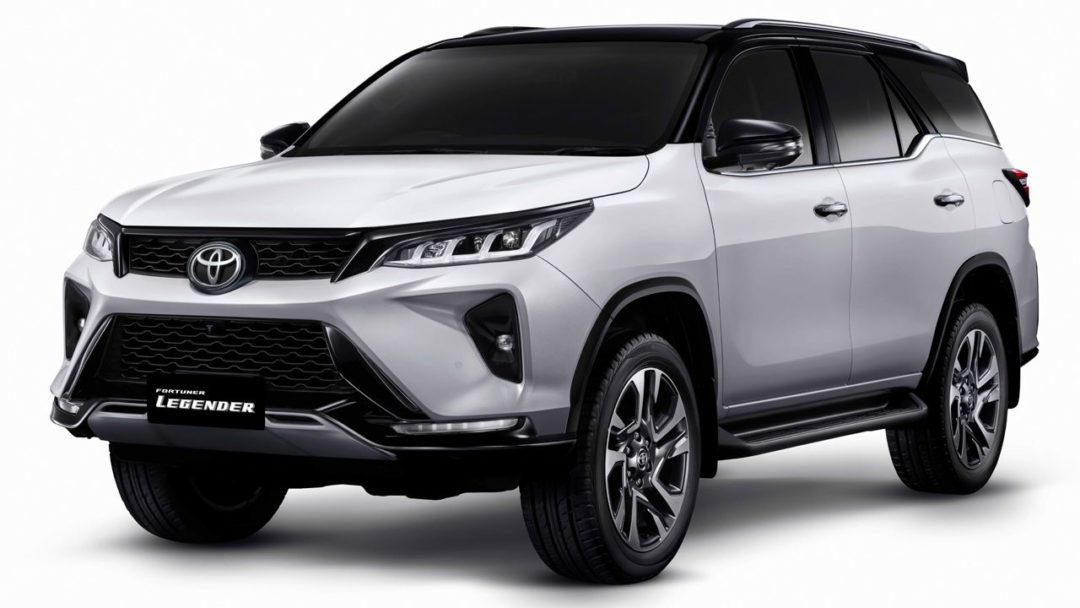 Toyota has had a very successful run in the Indian market, with the Innova and Fortuner being sort of Legends in the market. Later today, the Fortuner, well known for being a flagship SUV is going to receive a well-deserved refresh. In comparison to the current-gen Fortuner, the facelift has significantly different design elements compared to the facelift model. The new Fortuner Legender has already been snapped during a TVC shoot, revealing most of the design changes.

The facelift comes with cosmetic design changes in the form of sleeker and sharper headlamps, more prominent and large mesh-pattern grille, new fog lamps and re-shaped front bumper with new silver skid plate. The SUV also gets a new LED lighting system, which has LED headlamps with LED DRLs and slimmer-looking tail lights that make the car look better from the back. In terms of the wheels,the SUV rides on newly-styled 18-inch alloys.

The Toyota Fortuner Legender also gets a newly styled headlamp unit with LED tech and DRLs, which resembles the one available in the Toyota Yaris. There is black eyebrow esque treatment on the top of the new lamp, which connects well with the slimmer grille.

It comes with wider air-dam with blackened treatment for mesh pattern, new skid plates, LED fog lamps and sequential turn signal on the lower side of the bumper, which resemble those found on Lexus cars. This model rides on new and bigger dual-tone alloys, which could be 20-inch in size. This variant will also get still footsteps and chrome treatment under the side window, and black-treatment for ORVMs, pillars and roof.

In terms of the engine,the new Fortuner will be offered with two engine options, a 2.7-litre 4-cylinder turbocharged petrol and a 2.8-litre turbocharged diesel. The turbocharged petrol engine is capable of producing 164bhp of power and 245Nm of torque, while the turbo-diesel engine offers 201bhp of power and 500Nm of torque. As for the transmission, the car will include a 6-speed manual and a 6-speed torque converter automatic. The Legender variant will be offered with a 6-speed automatic gearbox and 2WD (two-wheel-drive) system only. The top-end trims will be exclusively offered with four-wheel drive systems.

It is safe to say that the Fortuner is looking to be a great new SUV and, we wait for the event to begin and the price to finally drop.

What are your thoughts on these leaks? Are you excited about the Fortuner? Let us know in the comments.