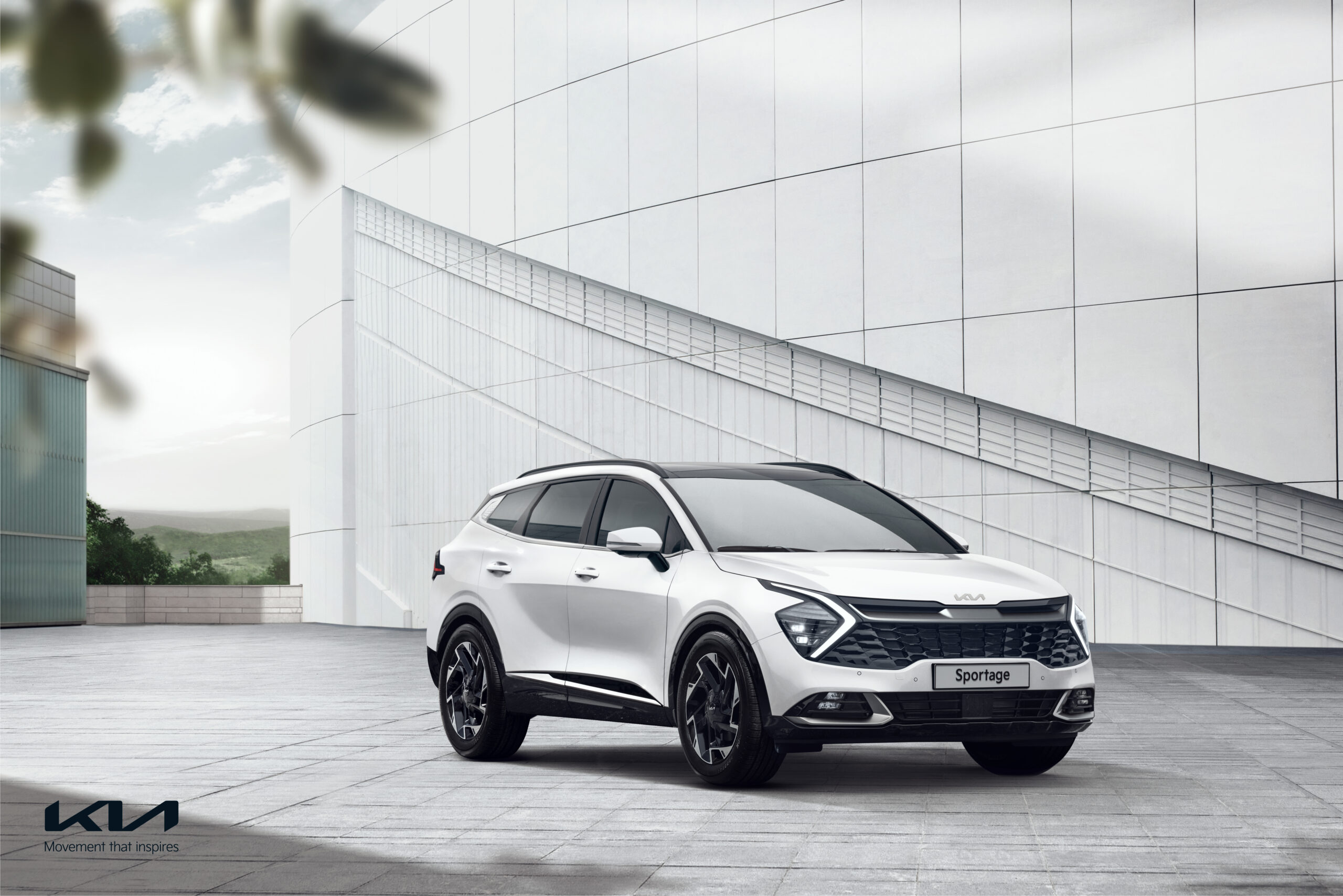 Kia Sportage sets new standards with a new SUV design. Kia has revealed the official images of the all-new Sportage, it is an SUV that has been carefully crafted to inspire customers with its interior and exterior design.

“Reinventing the Sportage gave our talented design teams a tremendous opportunity to do something new; to take inspiration from the recent brand relaunch and introduction of EV6 to inspire customers through modern and innovative SUV design. With the all-new Sportage, we didn’t simply want to take one step forward but instead move on to a different level in the SUV class,” commented Karim Habib, Senior Vice President and Head of Global Design Center.

As for the front, it creates an instant impact and thought-provoking design statement with a detailed-orientated black grille graphic stretching across the width of the face. The elongated grille links Kia’s modern signature Tiger Nose grille – which acts as the visual focal point of the car – to the distinctive futuristic-styled boomerang-shaped DRLs (daytime running lamps), which in turn create solid boundary lines for the striking headlamps.

At the rear, it maintains its strong road presence with its powerful broad shoulders, and that helps in allowing the SUV to personify strength and stability. There is also a large lower graphic bumper casing at the rear that uses the same philosophy as the frontal technical black grille, connecting the all-new Sportage’s rear design elements and resulting in lightness in both appearance and touch.

The interior offers intuition and innovation in technology, to create a driver-orientated space that is truly state-of-the-art. A sculpted integrated curved display with a slim crush touchscreen pad and finely detailed air vents forms the nucleus of the all-new Sportage’s spectacular cabin. The three-dimensional air vents flow within the integrated curved display, reinforcing the Sportage’s contemporary and exquisitely slim cockpit feel.

Kia has updated the high-tech touchscreen pad along with the advanced integrated controller act as the nerve centre for driver and passenger connectivity, functionality and usability needs. Both systems have been created to be easy-to-use, highly intuitive and soft to touch. At the rear of the driver and front passenger seats are integrated hanger-type designs within the slim headrests, allowing clothing and handbags to be easily and conveniently hooked into place.

Kia has said that, due to the global market launch later this year, more information on the Sportage will be made available in due course.

Well with that said, do let us know your opinions on this post Kia Sportage sets new standards with a new SUV design by dropping a comment down below.