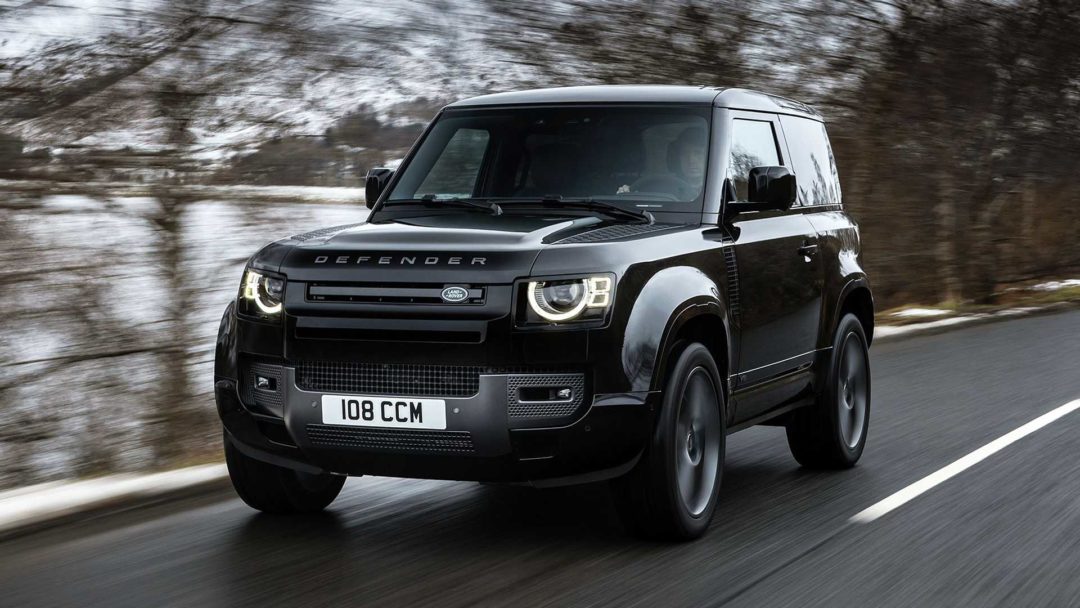 Land Rover has eventually revealed its much-awaited Defender V8 with a 525hp engine, which makes it the most powerful Defender.

Some main highlights are mentioned below, for readers to have a better overview-

Moving to the car itself now, there is a new addition to this range that is marked out visually by its quad-exit exhaust, grey 22-inch alloy wheels, and blue front brake calipers as well.

Under the hood, this new car is powered by the 5.0-liter supercharged ‘AJ’ V8 engine that is very similar to the one on the performance-focused models, that includes the Range Rover Sport and Jaguar F-Type. It also is produced in-house by JLR –endows the 4×4 with 525hp, which helps make it the most powerful Defender. For the performance now, the V8 Defender can hit 100kph from rest in just about 5sec and also can top out to at a max of 240kph in just a short-wheelbase.

Well with that said, do let us know your opinions on this new Defender V8, by dropping a comment down below.