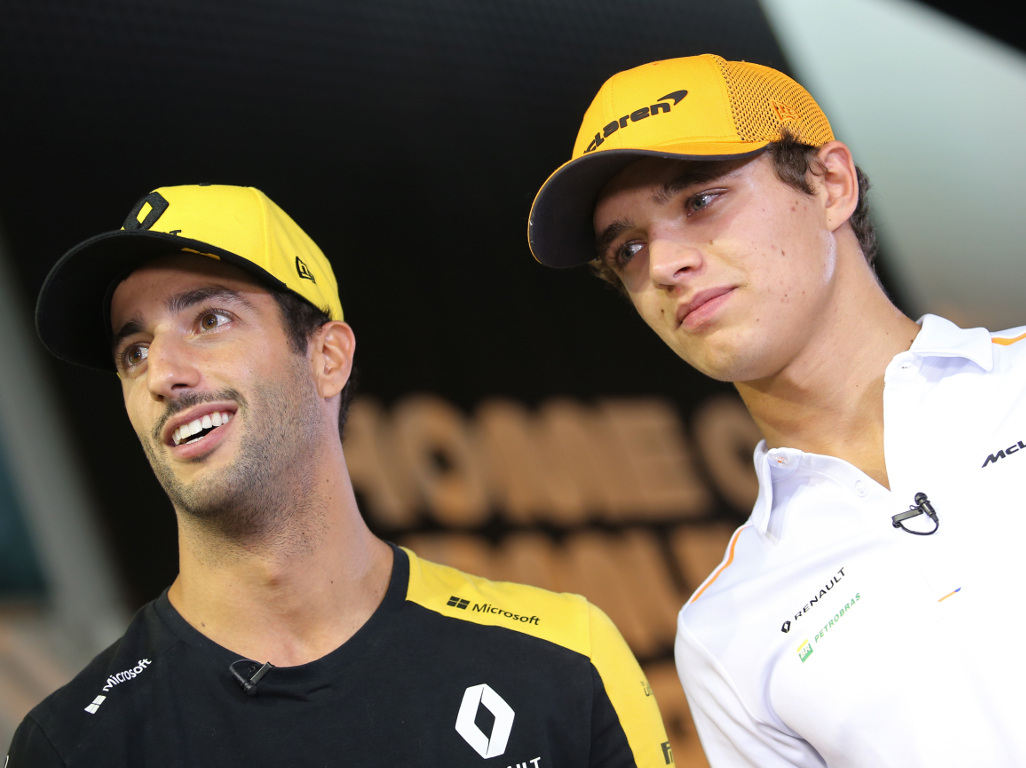 Formula One driver Lando Norris lost more than a teammate when Carlos Sainz moved to Ferrari this season, marking the end of a fan favourite bromance. Today, during an interview, Norris talked about his relationship with future teammate Daneil Ricciardo. The Brit says he is eager to learn from the seven-time grand prix winner.

“It’s a little bit into the unknown because I’ve only had one team-mate in Formula 1, so it’s hard to know what to expect from somebody different,” Norris said to The Race. “But I rate Carlos extremely highly, as do Ferrari. I don’t feel like I wasn’t going up against anybody competitive and Daniel is going to do something incredible.

“Maybe there’s better consistency or better feedback, he’s able to do a better job in qualifying or he’s better at tyre saving, there’s these small things that he can do slightly better in. “A lot of it is just going to be from his [Ricciardo] experience of being with a lot of different teams in Formula 1 and at a Red Bull team which has won races lately. “I can’t wait for the opportunity to learn from someone like that, rather than feel worried or anything like that.”

Norris does mention that he will not defer to Ricciardo in case he has a different opinion. “I’ve been able to lead my own conversations a lot more, lead in decisions and future projects,” he explained.“Not just thinking about how to maximise that car in the race, but what to look ahead to and prepare for in the next races and next year and in the future. “Almost one of the biggest things, apart from the on-track stuff, it’s the off-track confidence and being able to say what I want from the car, what I need from the car to do a good job for myself.

“In 2019 and even 2020, I was very critical of myself and saying I’m not doing a good enough job, but there comes a point when I have to be – not selfish – but have got to say I want this from the car and I’m blaming the car for not giving me that confidence.

“I’ve learned how to just say ‘I will be doing a better job if you can make this better on the car’, because it will give me better confidence. Maybe it’s not better on the car, but mentally for myself, for my own performance.

“Things like that improve performance and improve consistency. That’s almost one of the biggest things that has changed.”

What are your thoughts regarding what Norris had to say? Let us know in the comments below.