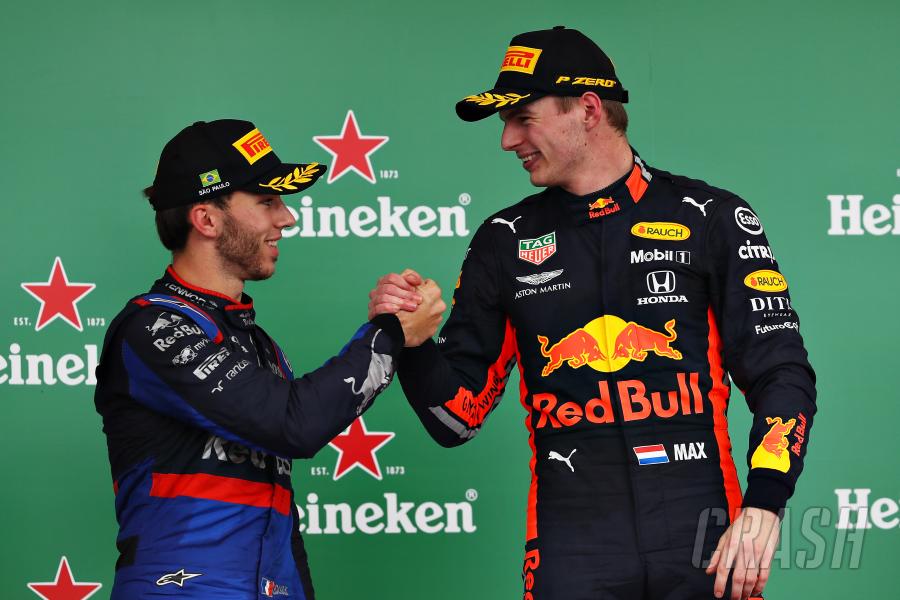 Pierre Gasly’s desire to “adjust” everything to suit Red Bull rather than sit back and learn is what cost him his race seat, stated Max Verstappen.

For those wondering, Gasly moved to Red Bull’s senior team at the start of the 2019 championship, called up a year earlier than team boss Christian Horner had wanted since Daniel Ricciardo’s shocking shift. 12 races into his season, though, he was dropped back to Toro Rosso, now racing as AlphaTauri, after failing to match Verstappen’s results.

He was replaced by Alex Albon, who after two seasons has suffered the same fate as Gasly. But while Albon has been dropped to a reserve driver role, Gasly was put to Alpha Tauri, wherein he shone and showcased his talent.

The driver bagged his first F1 podium at the 2019 Brazilian Grand Prix and followed that up with a maiden win at Monza, which shocked the F1 World, showcasing his talent.

This success, however, raises questions as to why Gasly failed at RedBull. His former teammate Max Verstappen seems to have the answer.

“It was true that Pierre wanted to adjust to everything with us immediately instead of first taking the time to learn everything,” Racingnews365 quotes him as having told Ziggo Sport. “That tactic just didn’t work.

“As a result, many things went wrong and the pressure on his shoulders was also very great. “The fact that he crashed during the winter tests did not make it any easier.” Commenting on his quick recovery and race win, Verstappen said: “That was great for him,” “Many others can learn a bit from the way he managed to recover.”

In other news, Max is going to partner Sergio Perez this season, with the driver having signed to RedBull after departing from Racing Point. Max stated the following when asked about how the next season would be and the competition he will have with Checo.

“The goal is to get him too, I want to be in front of him,” Verstappen said. “That is that we compete more often, as was the case with Ricciardo.”

What are your thoughts regarding Verstappen’s comments? Do you think he’s right? Let us know in the comments below.

Also Read: Wolff believes RedBull will be a much stronger opponent with Checo