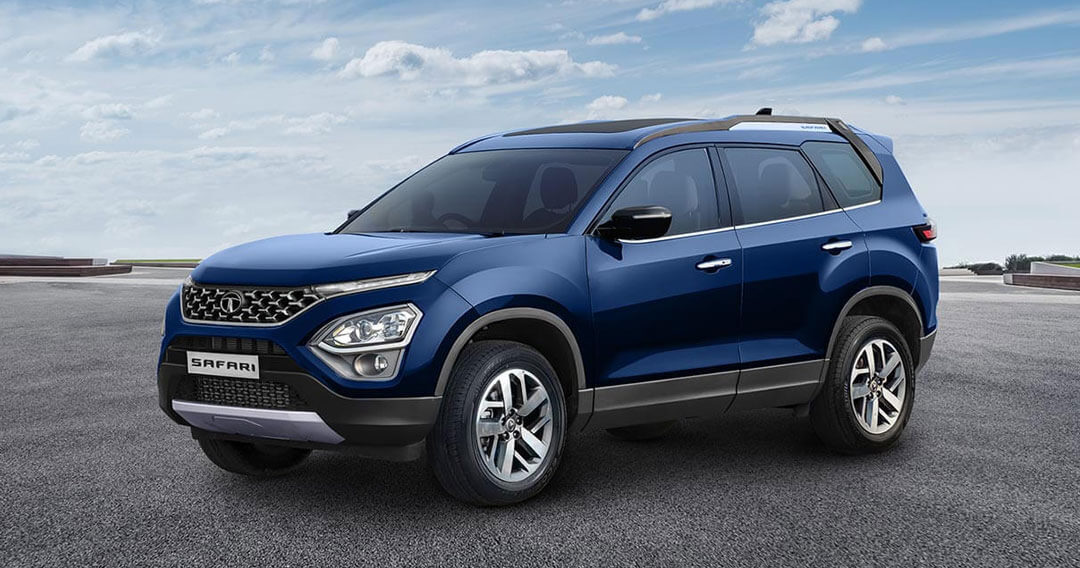 Tata Motors on Tuesday revealed the new 2021 Safari SUV in India. The automaker also said that it had begun production of the SUV, ahead of the official launch, with sales starting in early February.

The new Safari is based on the company’s Impact 2.0 design language. The car was previously known as the Gravitas, with it having been part of the Auto Expo 2020.

The 2021 Safari use Tata’s renowned OMEGARC platform which is inspired by the Land Rover’s D8 platform. It is the second product based on the OMEGARC platform after the Harrier SUV and now sits as the flagship product of the ‘New Forever’ range of Tata Motors.

The car is equipped with the Land Rover based D8 front suspension design for maximum stability and performance. As for the wheels, there are large 18-inch wheels which look massive and provide a more stable drive.

Under the hood, the Safari opts for a 2.0-litre, 4-cylinder diesel engine which delivers 170 PS and 350 Nm of peak torque. The transmission options include the 6-speed manual and 6-speed torque converter automatic gearbox.

There are six variants on offer, from the base XE to the top of the line XZ+. The variants are as follows: XE, XM, XT, XT+, XZ and XZ+.

Towards the interior, the 2021 Safari gets a brand new Ashwood dashboard, Oyster white colour theme, and three-row seating. It will be made available in six, as well as seven-seat layouts. To add to this, the car also gets the widest panoramic sunroof in its segment and a ‘Boss mode’ which enabled extended space in the second row.

The SUV has been introduced in three colour options, Royal Blue, White and Grey. More colours will be showcased on a later date.