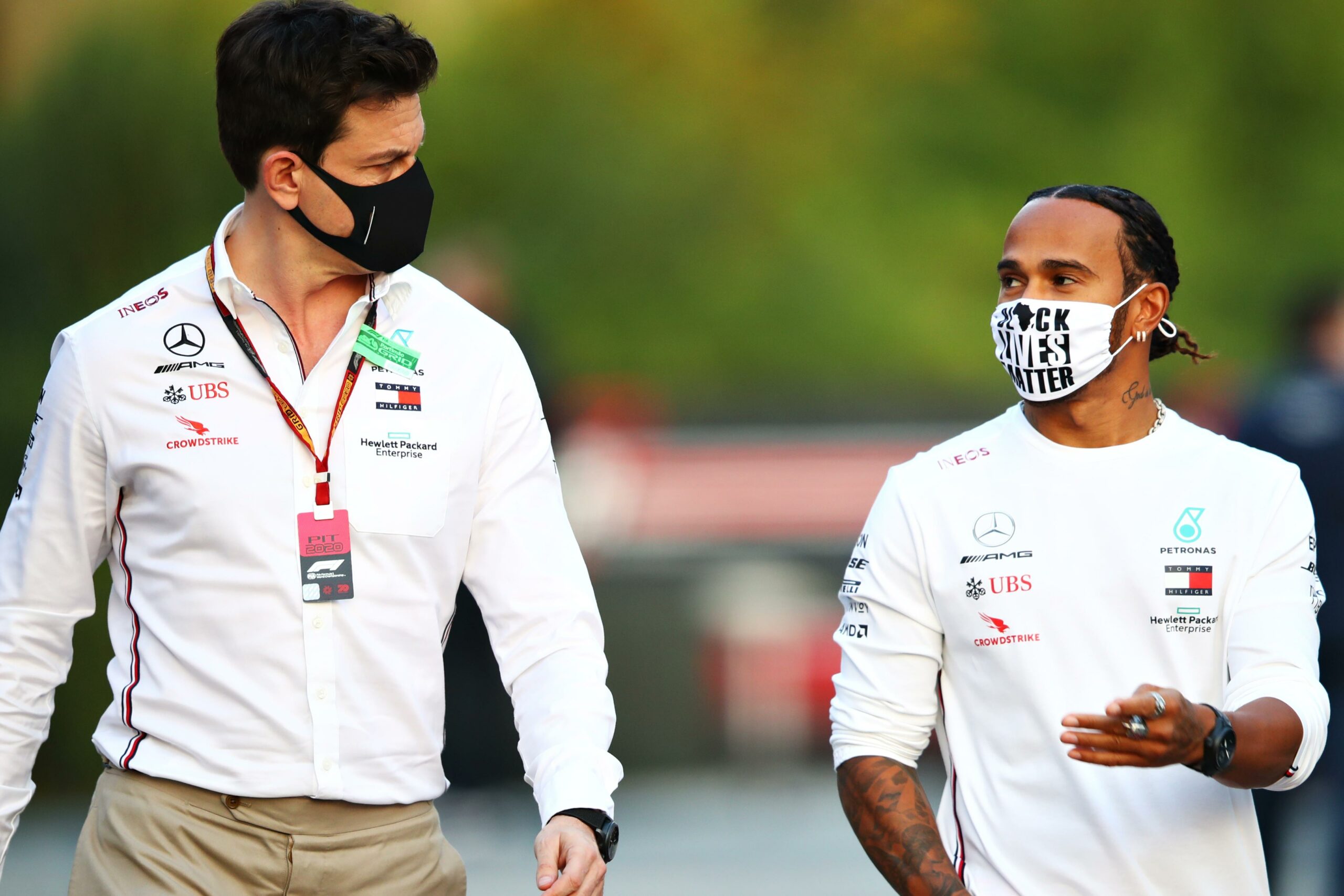 Mercedes boss Toto Wolff on Sunday opened up about Lewis Hamilton’s qualities, which according to him stretch far beyond what he shows on the Formula 1 track, including the fact Hamilton does not think the universe revolves around him.

The world champion perhaps had his strongest ever season in 2020 as he roared to his seventh title, which is quite amazing, considering Hamilton was down with Covid-19 and even missed the Sakhir GP. This seventh title of his led to him matching the record of Michael Schumacher. His dominance, however, prompted questions as to whether Hamilton’s success was down more to his car and the team than pure driver talent, which is something that most people assume, or so it seems.

During a talk with Motorsport.com about Hamilton’s role in Mercedes’ achievement, Wolff said neither team nor driver could be singled out as the most important factor. However, he did make it clear that being a top-line driver was about far more than just being quick out on the track.

“It’s not one dimensional,” “Formula 1 has always been about best man in best machine wins. “The best man means the quickest driver and the most intelligent driver. [He is] the one that understands how the dynamics in a team works, its technical ability, and on the other side seeing himself in the right context within the organisation and not like a solar system where everything revolves around the sun.

“Equally, the organisation around the driver needs to be on its absolute A-game in order to deliver performance in the various areas. This means on the engineering side, on the commercial side, on the political side, and on the communication side, in order to keep the wheels rolling. “This is a business without a silver bullet, contrary to what most people think – even within the industry. It’s a business around marginal gains where everything needs to be in the right place for a team to be successful.”

For those unaware, as of the time of writing this article, Hamilton is still out of contract and does not have a seat. Speaking about the possibility of Lewis sitting this season out, or more importantly leaving F1 at the time of his prime, as Nico Rosberg had done back in 2016, Toto added: “It doesn’t worry me at all, because I will always respect Lewis’s decisions,”

“Whether this is staying with us for a long time, or whether that means leaving the sport and pursuing different interests. I think we need to be ready for all kinds of curveballs being thrown at us. “But at the same time, we talk a lot, and we are very transparent with each other. I think there is more to achieve together.”

What are your thoughts on what Toto said? Do you think Hamilton will agree to the deal set by Mercedes? Let us know in the comments below.