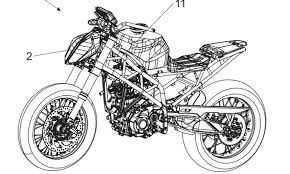 Austrian motorcycle company KTM, which is known for it’s performance bikes recently filed for a patent that has the automotive world’s eyes glued to it. The patent, which recently surfaced online, shows a plan for a Radar guided Cruise Control system, which would enhance the use case as well as improve the feature’s abilities.

The patent, which features a small capacity KTM bike, which, if you’re a motorhead, you might know to be the KTM 390 Duke. This, however, does not mean that the Duke 390 will be receiving this feature, since those specifics are yet to be revealed. This, however, does indicate that KTM is going to introduce a version of it’s own radar-based cruise control system, and, it also shows where the sensor will be positioned and what it does/sees and relays to the bike’s onboard computer. 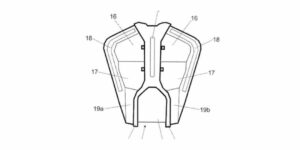 The KTM system, which is showcased in the patent images, reveals a front-facing warning system that alerts the rider about vehicles approaching from both the front and the rear. The patent also mentions an additional headlight and another sensor, which could be a combination of both radar as well as lidar, which is a common tool used to measure distances and recognise nearby objects. 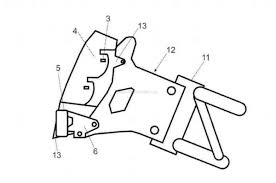 It also mentions how the field of view of these sensors will be able to detect vehicles and pedestrians encroaching from both sides. The image is analysed by the onboard computer which is either classified as critical or problematic, depending on the situation. A warning system is also going to be a part of these bikes.

Radar based adaptive cruise control systems are the next big thing in advanced rider assistance systems which many leading manufacturers are working on. These will be quite helpful to the rider whilst on a ride. Ducati is also working on a similar system on the new Ducati Multistrada 1260 GT.

Seeing as to how these radar-powered adaptive cruise control systems are catching on, KTM seems to be wishing to board this train as soon as possible, with the future of their bikes, such as the 1290 Super Duke expected to receive this feature. It will be a feat if KTM does decide to include the same on smaller, cheaper bikes.

What are your thoughts on the new patents? Are you excited in regards to the same? Let us know in the comments.