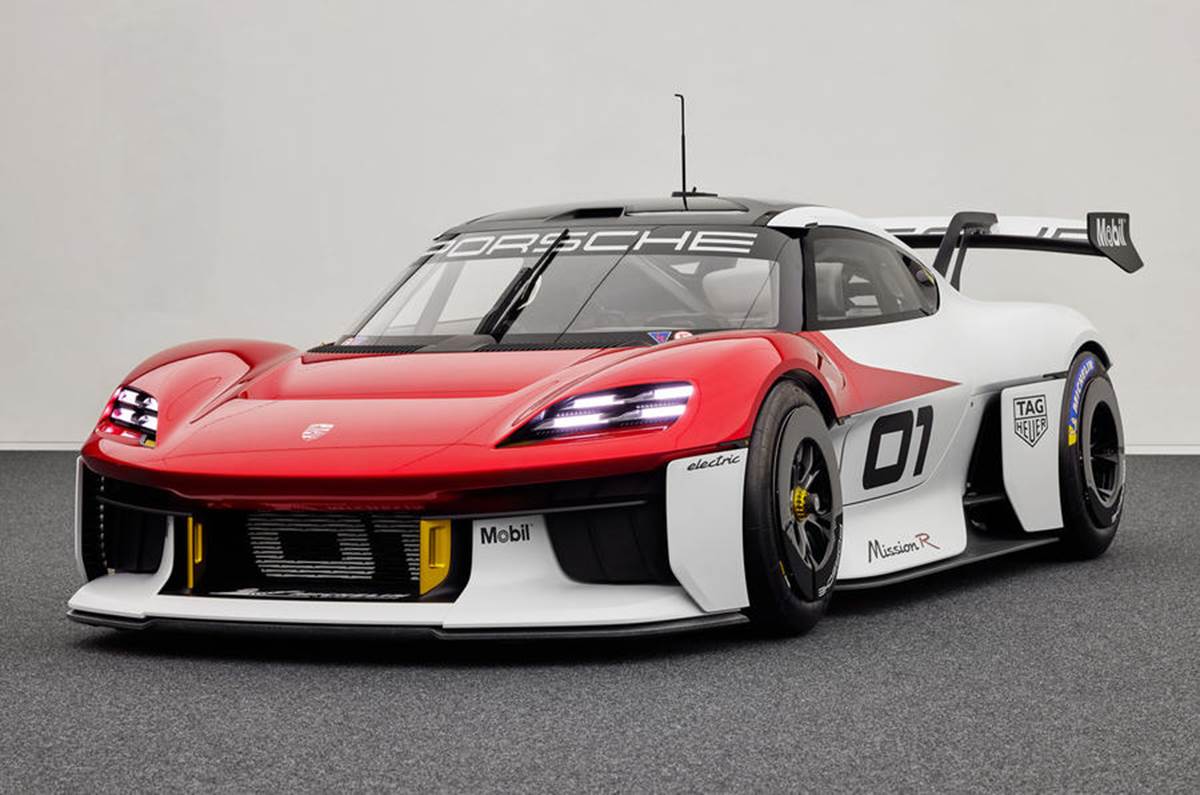 Porsche Mission R concept unveiled. According to the maker, this could debut in 2025 and they also give some strong hints as to the styling of the forthcoming electric 718 Cayman.

Also read, Lords Automative ties up with Paytm to offer finance solutions to their dealers

As for the car itself, it is a concept that features a carbon fiber roll cage that is built directly into the bodywork, which helps to reduce both the weight and size of the car, particularly saving space in the roof. While it is smaller than existing Porsche racing cars, it is similar to the size of the Cayman and Boxster. At 4,326mm long in length, it is slightly shorter than the 718 Cayman series but it is wider and lower too. Inside, it comes with a single seat and most of the key controls located on the wheel, and a single control panel. There is also a built-in cooling duct and a special helmet holder.

While for the powertrain, it features two settings, with the 611hp available in standard mode raised to 1,088hp for the special qualifying mode. The front motor produces up to 435hp, with the rear producing 653hp. There is also an F1-style Drag Reduction System to reduce downforce, and even gets twinned with a two-stage rear wing and adjusting flaps on the front wing that help to balance the stability of the car to make it easier for amateur drivers to control. As it gets an Electric motor, it is powered by a high-voltage 80-85kWh battery that Porsche says is intended to give around 40 minutes of race time.

Well with that said, do let us know your opinions on this post-Porsche Mission R concept unveiled by dropping a comment down below.