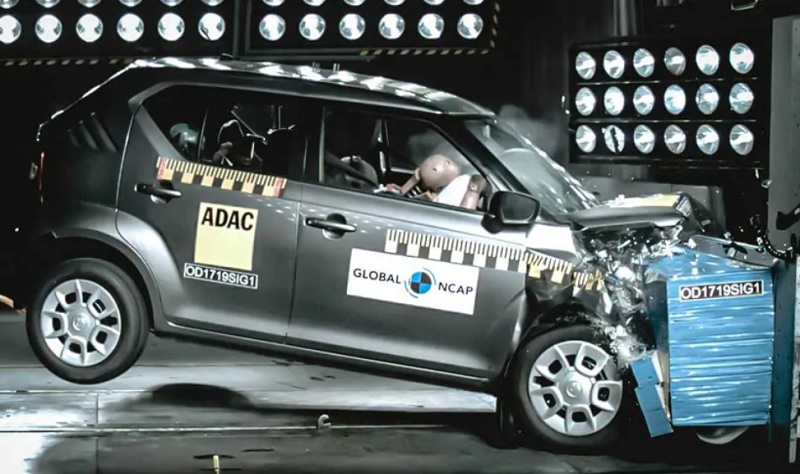 Indian-make of Maruti Suzuki Ignis has received its safety ratings recently as Global NCAP conducted the crash tests on the car. Manufactured in India, the Ignis received the same result as its European make, i.e. a total of 3-stars for the adult occupant protection. The ratings were inferred from a frontal crash test of the car.

The Ignis model under the scanner this time was the African-spec version that comes with two airbags at the front and ABS as standard. The one sold in India further complements these safety features with ABS with EBD, reverse parking sensors, co-driver seat belt reminder, seat belt pre-tensioners with force limiters and ISOFIX child seat mount and high-speed alert system as a standard across all variants.

Upon the frontal crash test at 64 kmph and at an offset of 40%, the Global NCAP team declared the vehicle structure as unstable, offering weak chest protection for the driver. As for the safety of the child occupant, Ignis scored a single star safety rating. This was also because Suzuki did not recommend a child restraint system for the test. The result – the child seat was declared as not good enough to protect the chest area of a three year old child dummy.

Meanwhile, Honda Amaze also underwent the crash tests and received a 4-star safety rating for adult occupant protection and a 1-star rating for the protection of child occupants.

With these scores, do you feel the Suzuki Ignis and the Honda Amaze meet your expectations of safety standards in Indian vehicles, or not? Let us know in the comment section below.