Upcoming Electric Cars in India in 2022 under Rs 20 lakh 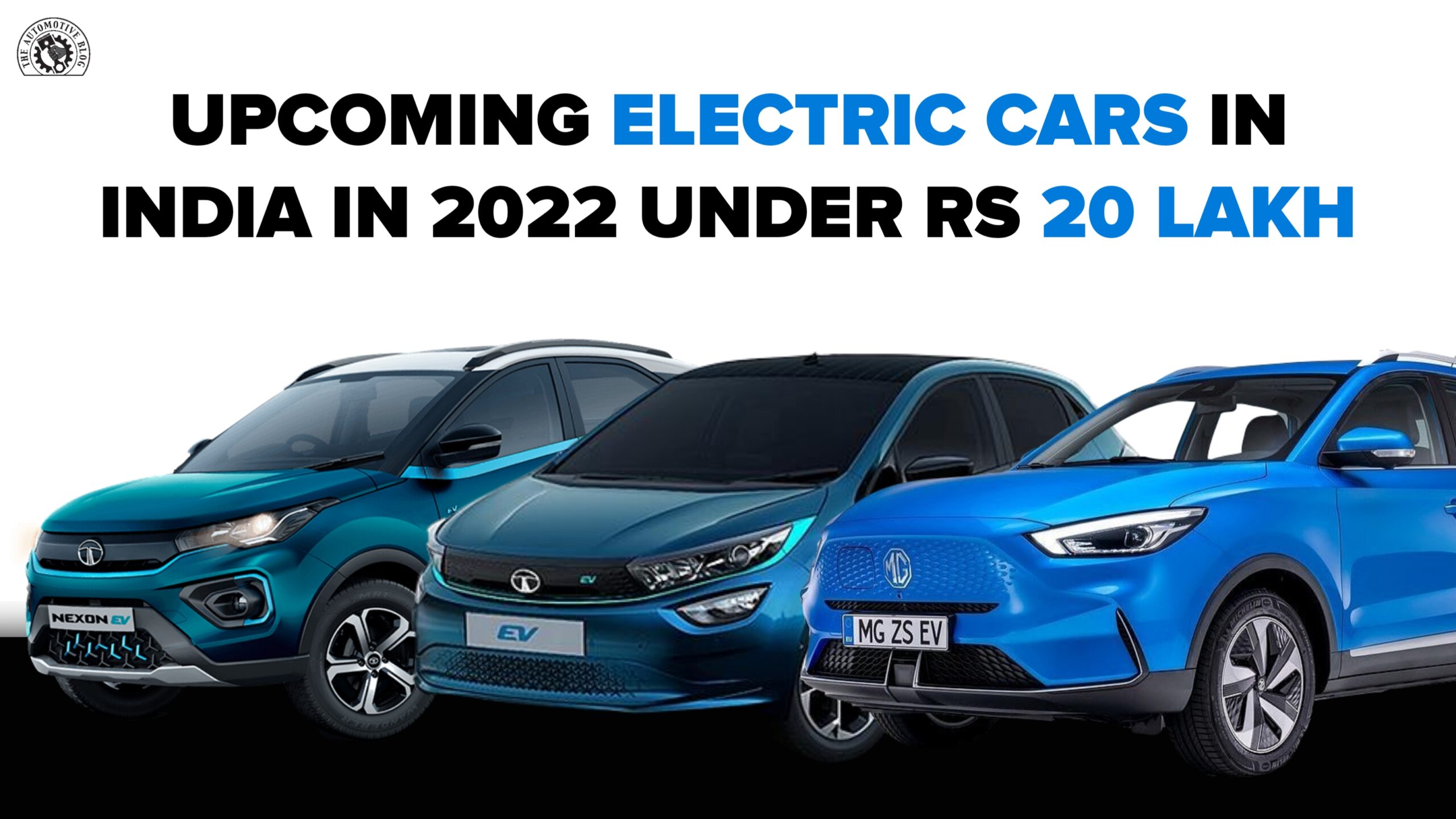 Electric Cars are the future, there are no two ways about it! While the transition to green electric mobility has already started gathering pace in India, there is still a long way to go. Currently, in the mass-market EV segment, we have very limited options to consider. But, this year one can expect a lot of action. In this article, we have shared with you a list of all the expected upcoming electric cars in India in 2022 under Rs 20 lakh. Let’s have a look at them.

Upcoming Electric Cars in India in 2022 under Rs 20 lakh:

Mahindra will soon launch its most affordable electric car, eKUV100, in India. While the prices of this electric SUV were announced back in March 2020, its deliveries never commenced. Soon, the company will launch its updated version which is expected to be priced under Rs 10 lakh, ex-showroom. It will get a 40kW electric motor, the SUV will be able to run up to 150 km on a single charge and it can be charged under 6 hours using a regular charger.

MG Motor India is all set to give the ZS EV yet another update. The 2022 MG ZS EV Facelift is expected to be launched in India this month. It will get several cosmetic updates, new features (including ADAS) and a new powertrain. The new MG ZS EV is likely to get a 51kWh lithium-ion battery pack, offering a range of up to 480 km on a single charge. The company might launch a lower-spec ZS EV too with a lesser range that will be priced under Rs 20 lakh, ex-showroom.

Tata Motors’ Nexon EV is currently the best-selling electric car in India. To make its best EV even better, the company will launch the updated Nexon EV this year. The new 2022 Tata Nexon EV is expected to get a larger 40kWh battery (30 per cent larger than before) that will offer a range of up to 400 km on a single charge. However, the lower-spec model with the 30.2 kWh battery will also continue to remain on sale in the country.

Tata Motors is the leading EV maker in India and the company doesn’t want to leave any stone unturned to hold its position. The carmaker is expected to launch the new Tata Altroz EV in the fourth quarter of this calendar year. It is likely to borrow its powertrain from the 30.2kWh battery version of the Nexon EV. It might offer a range of up to 300 km on a single charge. The charging time will be around 6-8 hours to fully juice up the battery pack.

Finally, the last car on this list is the Mahindra XUV400, i.e. the electric version of the XUV300. The upcoming Mahindra XUV400 is expected to be launched by the end of this year to directly rival the Tata Nexon EV. It is likely to get a 40kWh lithium-ion battery that might offer a driving range of up to 400 km on a single charge. The company is expected to launch an even bigger battery version of the XUV400 that might make its market debut in 2024.

What are your thoughts on the upcoming electric cars in India in 2022 under Rs 20 lakh and which one excites you the most? Do let us know in the comments section below. Also, you can connect with us on our social media platforms, The Unbiased Blog, The Automotive Blog, and Nikhil Chawla, for all things tech and auto!