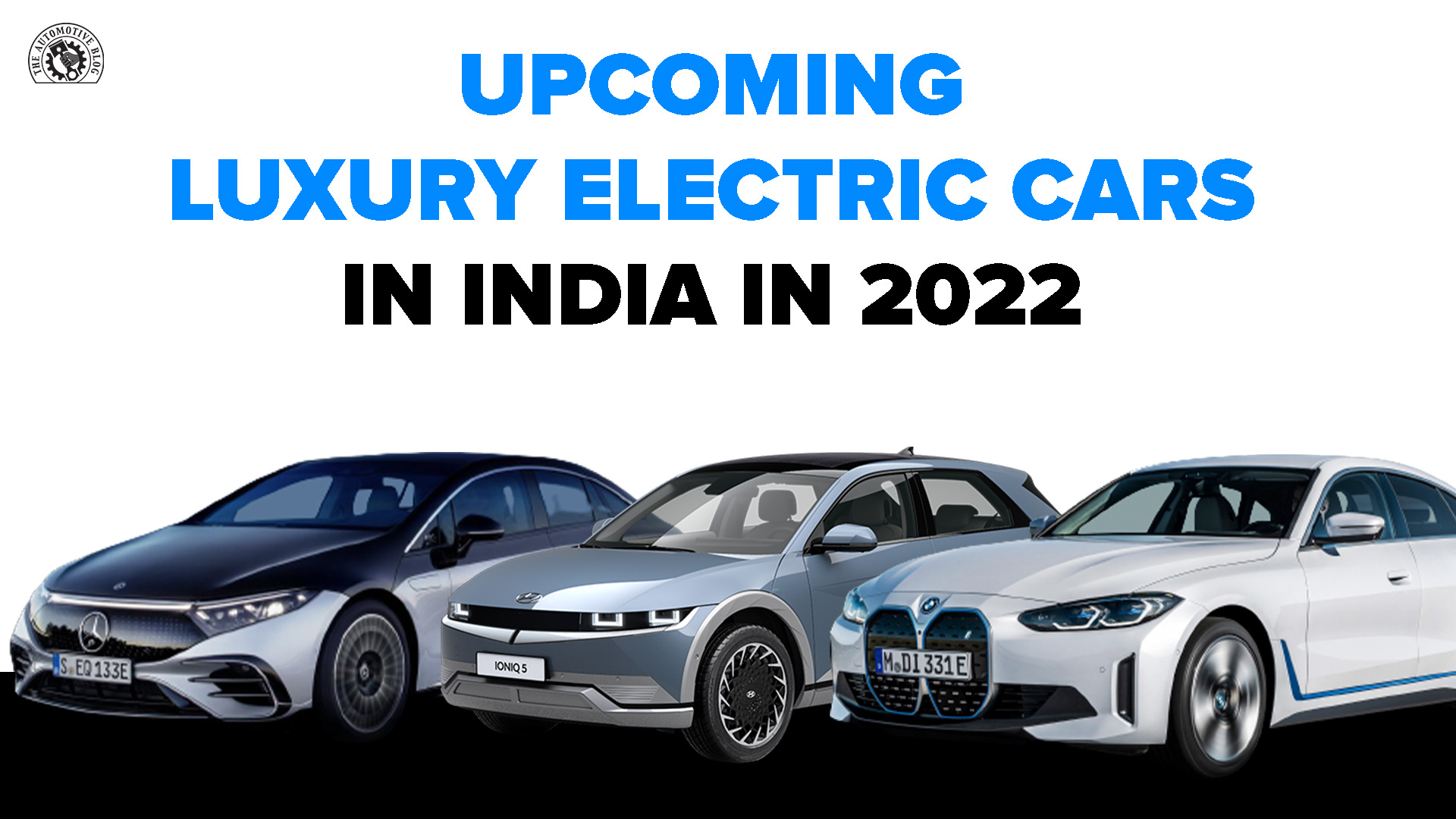 Electric Cars are gradually becoming very popular in the Indian market. While the choices in the mass market EV segment are pretty limited, the luxury electric car market is booming with all the big players in the race. In 2020 and 2021, we witnessed the launch of the Mercedes-Benz EQC, five Audi e-tron range cars, Jaguar I-PACE, and the mighty BMW iX. 2022 is going to be even more interesting and so in this article, we have listed all the upcoming luxury electric cars in India in 2022. Let’s have a look at them.

BMW Group is all charged up to launch their second electric car in India. The MINI Cooper SE electric hatchback is expected to be launched in India in March 2022. It will get a 32.6kWh lithium-ion battery and a claimed range of 240 kilometres on a single charge. The battery pack is paired with an electric motor that puts out 184 PS of power and 270 Nm of peak torque. The first batch of the MINI Cooper SE is already sold out in India.

Volvo was one of the first automakers to unveil its luxury EV in India. However, the launch got indefinitely delayed due to the pandemic. The new Volvo XC40 Recharge is expected to be launched in India next month. It will get a 78 kWh battery pack that will offer a claimed driving range of 418 km on a single charge. Moreover, it will get dual 150 kW electric motors, one on each axle, that develops 402 PS of power and 660 Nm of torque.

BMW Group has promised to launch three EVs in India within six months, namely BMW iX, MINI Cooper SE, and BMW i4. The BMW i4 electric sedan will be launched in India in July this year. It will get an 83.9kWh lithium-ion battery and while its RWD variant offers a claimed range of 590 km on a single charge, the AWD version delivers 510 km per charge. Its all-wheel-drive version develops a whopping 544 PS of power and 795 Nm of peak torque.

Hyundai India is evaluating its plans to launch the globally acclaimed Ioniq 5 in the country this year. The new Hyundai Ioniq 5 EV is expected to reach the Indian shores by September this year. Its top-spec model gets a dual-motor setup and develops 306 PS of power and 605 Nm of peak torque. This EV gets a large 72.6kWh lithium-ion battery and is claimed to offer a driving range of 481 km on a single charge.

Finally, the last car on this list is the Mercedes-Benz EQS. The Mercedes-Benz EQS is one of the most sophisticated EVs currently on sale in the world. The company has already announced that it will be locally assembled in India and launched by the end of this year. The top-spec version of the EQS gets a 107.8kWh battery and offers a claimed range of up to 770 km on a single charge. Moreover, it develops a whopping 516 PS of power and 855 Nm of peak torque.

Also Read: What is BH (Bharat) series registration for vehicles and how to get it?

What are your thoughts on these new upcoming luxury electric cars in India in 2022 and which one excites you the most? Do let us know in the comments section below. Also, you can connect with us on our social media platforms, The Unbiased Blog, The Automotive Blog, and Nikhil Chawla, for all things tech and auto!