Home News You can soon own 1 of the 25 Limited-edition legendary Land Rover... 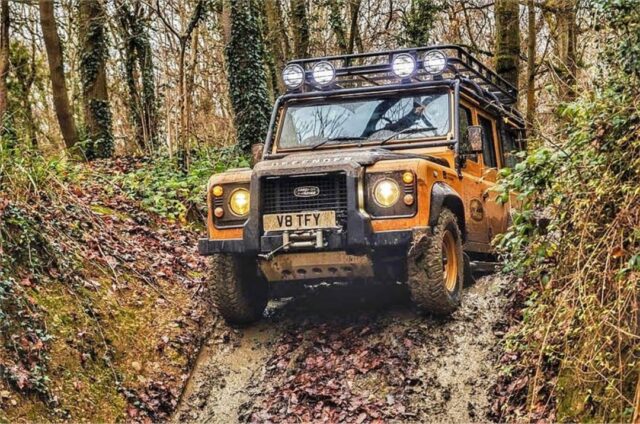 It is available in both 3-door 90 and 5-door 110 forms. The Classic’s modern tribute to the competition is based on the Defenders that got featured in the event in the 1980s.

The Defender works with the V8 Trophy and shares a 5.0-litre petrol V8 engine. And also an 8-speed ZF automatic gearbox with the limited-run Defender Works V8, packing 399hp for a significant performance increase over the original specification.

Commenting on this, Land Rover Classic director Dan Pink said, “The Land Rover Defender has always been more than just a vehicle; its engineering capability and suitability for overland expedition and all-terrain competition means it’s renowned with getting away from it all. The new Land Rover Trophy will bring this to life for a new generation of adventurers.” He then further adds, “We’re looking forward to an exciting and memorable event, full of camaraderie, and continuing the Land Rover Trophy legend for years to come. Seeing the silhouette of these vehicles which you’ll instantly know as a Land Rover, traversing the hills at Eastnor, will be a defining moment of the adventure.”

Well with that said, do let us know your opinions on this comeback of Land Rover Defender, by dropping a comment down below.