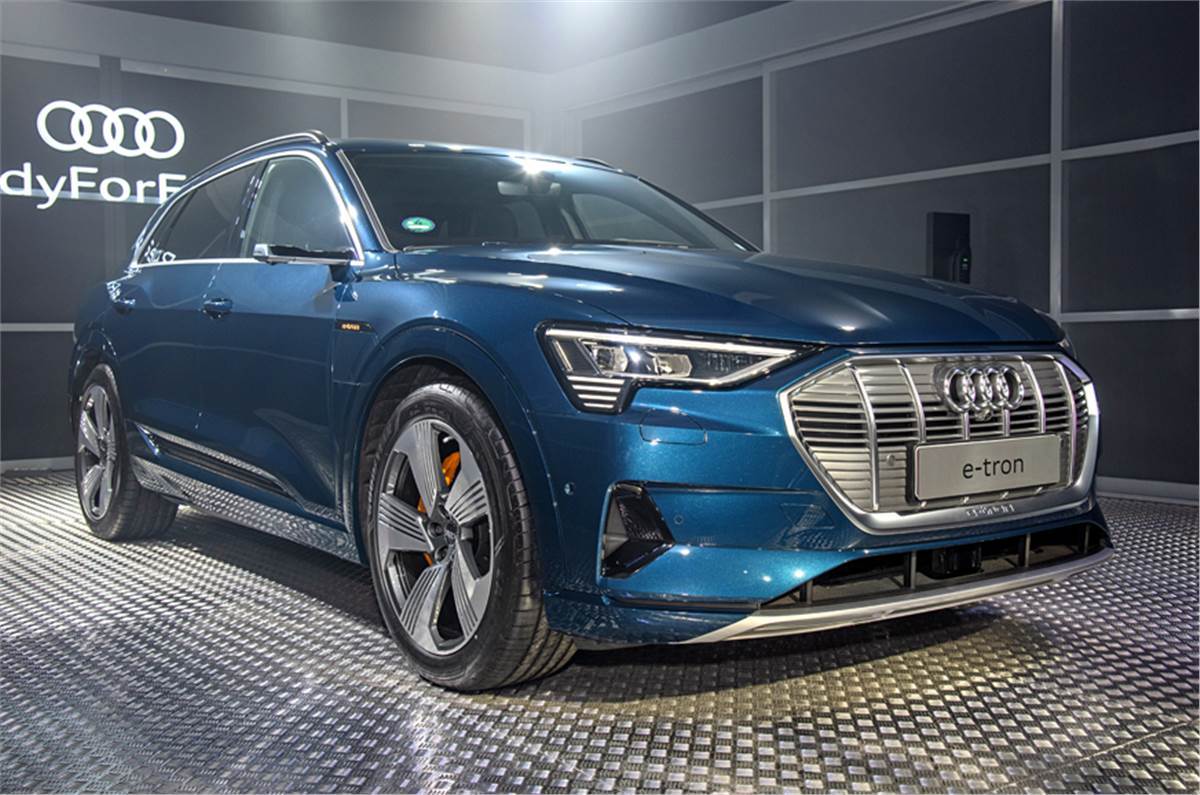 Audi E-Tron SUV and the E-Tron Sportback would soon be arriving in India by the first half of this year. This is a confirmed development and also Audi has released a teaser video of the upcoming luxury EVs.

Now for the powertrain options, both of these are expected to get an electric motor on each axle, which makes a combined 360hp and 561Nm of peak torque in standard Drive mode, which helps achieve a claimed 0-100kph time of 6.6sec. Whereas in the Sport mode, the electric motors develop 408hp and 664Nm,  reducing the time at 0-100kph sprint time to 5.7sec.

The highlights list for the E-Tron and E-Tron Sportback gets two touchscreens – an upper 10.1-inch screen and a lower 8.8-inch screen which is associated with a vehicle tech, grid LED headlights, a bunch of driver help frameworks.

Speaking of the rivals, there is the Mercedes-Benz EQC (priced at Rs 1.04 crore), the Jaguar I-Pace and Volvo XC40 Recharge which is yet to launch. We can expect the E-Tron SUV to be priced somewhere similar to the range while the Sportback would be costing a bit more.

Well with that said, do let us know your opinions on the new Audi E-Tron by dropping a comment down below.