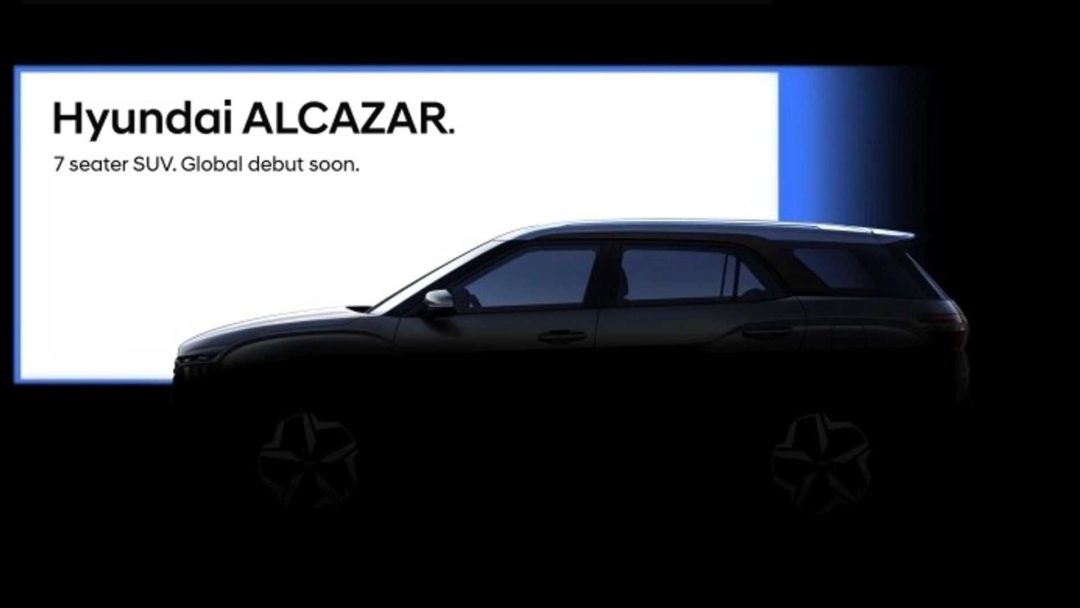 Hyundai India begins accepting the bookings for the Hyundai Alcazar SUV, with the debut on 6th April. This is going to be an exciting launch as the Alcazar is a much-awaited car and it is finally launching.

The Alcazar is going to be a Creta-based car which would be a 7-seater SUV. The bookings for this new SUV have already commenced at Hyundai’s dealerships for a token amount of Rs 50,000.

In March, the maker had teased the design sketches of this new upcoming 7 seater which also told that it is going to be an SUV. The middle-row would come with an option of captain seats along with the centre armrest too. There is also going to be an option for some dedicated cup-holders too. While there isn’t much info on the features, we can expect it to have car connected tech Bluelink that was also seen on the Creta.

For the powertrain options, the Alcazar could come with the same petrol engine and gearbox options seen on the Creta. The 2.0-litre diesel engine could also make its way into the Alcazar along with a manual or an 8-speed automatic transmission.

The pricing and the rivalry of the new Alcazar, it could be positioned alongside the MG Hector Plus, Tata Safari, and the Mahindra XUV500. It could start at a price range from Rs 12 lakh and could go up to Rs 19.5 lakh (Ex-showroom) for the highest variant. While the global debut would be on April 6, we can expect the official launch to be in May and the deliveries could soon happen.

Well with that said, do let us know your opinions on this post Bookings for the Hyundai Alcazar SUV begins with the debut on 6th April by dropping a comment down below.