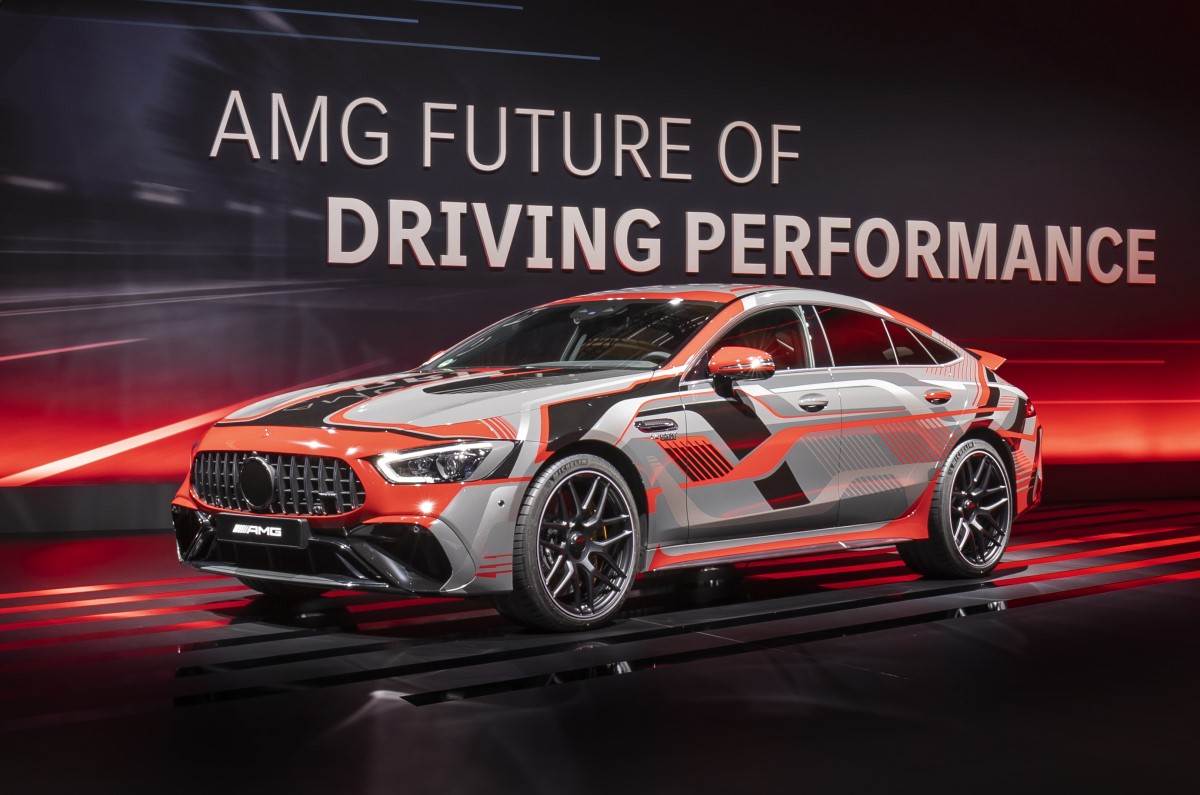 Mercedes-AMG reveals new 800hp+ plug-in hybrid engines. Out of which, the better and the most powerful one would be going to come with the upcoming four-wheel-drive AMG models with over 815hp. Additionally, it would come with the pure electric capability for zero-emission running over short distances.

Also read, New Mercedes-AMG C63 would be using a hybrid-tech from AMG GT73e

These new PHEV engines are actually based on the existing twin-turbocharged 4.0-litre V8 and a newly developed longitudinally-mounted version of its turbocharged 2.0-litre four-cylinder petrol engine. Both of the engines are paired with a 9-speed AMG torque converter-equipped MCT-Speedshift gearbox. It provides 95hp of peak power and can go up to 204hp. Along with that, it can go up to 300Nm of torque at a maximum of 13,500rpm in more performance-orientated driving modes.

There are a total of five different driving modes, one can choose from. That includes the Electric, Comfort, Sport, Sport+, Race, and Individual. The Electrical energy used to power the electric motor is put in a 400-volt 6.1kWh lithium-ion battery.

The V8 engine-based PHEV powerplant, which will first be appearing in the GT73e 4Matic 4-door, develops over 815hp and more than 1,000Nm of torque. However, the further models would be receiving the V8 PHEV unit. The four-cylinder PHEV drivetrain will debut as the successor to the C63 4Matic. A new electric turbocharger would be present to develop up to 450hp. Additionally, it is claimed to offer over 510hp and 700Nm of torque.

The new AMG drivetrain motor energy would have four phases; Level 0, 1, 2, and 3. This would be selectable by the driver through the right-hand-side directing wheel button. In Level 3, the generator is equipped for catching up to 90kW of electrical energy. The E Performance PHEV models will utilize a double engine, four-wheel-drive powertrain fit for balance, and a sub-4.0sec 0-100kph time, depending upon the model.

Well with that said, do let us know your opinions on this Mercedes-AMG reveals new 800hp+ plug-in hybrid engines post by dropping a comment down below.