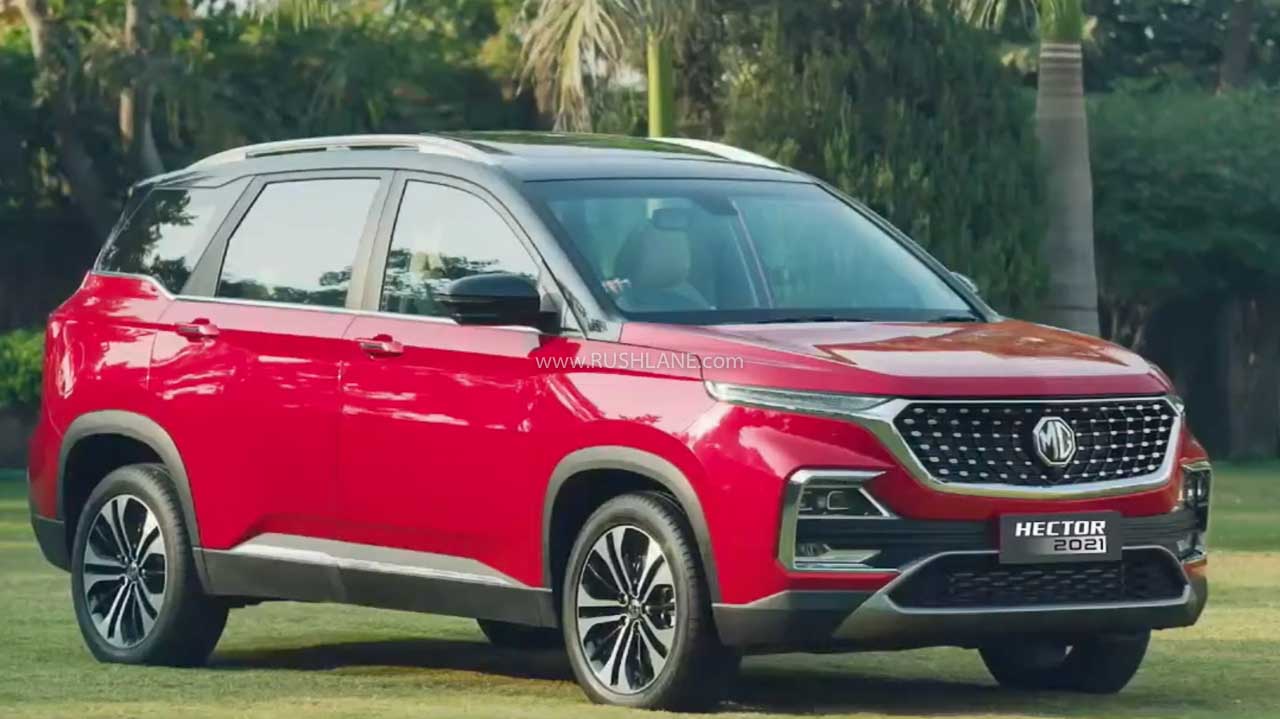 The MG Hector facelift and the updated Hector Plus were launched today in India, with prices starting at Rs 12.89 lakh and Rs 13.35 lakh, respectively (ex-showroom, India). The facelift for the cars get some cosmetic updates and upgrades to the tech, with the aim of refreshing both models. The Hector Plus now comes in two variants, of 6-seats and 7-seat configs.

Beginning with the design,  the MG Hector and Hector Plus get minor changes when compared to the outgoing models. The grille gets a revised finish and towards the rear, the reflector strip running between the tail-lamps has been replaced by a black appliqué.

Both SUVs now sit on larger 18-inch alloy wheels and get new front as well as rear scuff plates. A new Starry Blue exterior colour option is also now available on the Hector, which looks pretty good if you ask me.

As for the interior, notable changes to the 2021 Hector is the fact that the current all-black cabin makes way for lighter champagne and black dual-tone one. The lighter colours help lift cabin ambience and also help enhance the spacious feeling that one wants from a larger car.

Towards the equipment side of things, the update brings with it a few big additions. The 6-seat Hector Plus and the 5-seat Hector get ventilated front seats, along with wireless phone charging and an auto-dimming inside rearview mirror. Another update bound to draw attention is the voice assistant, with support for voice recognition of over 31 languages.

Coming to the engines, both cars retain the choice of engines on the older models. One can choose between a pair of 143hp, 1.5-litre turbo-petrol engines, one equipped with mild-hybrid tech and a 170hp, 2.0-litre diesel engine. A 6-speed manual gearbox is standard across all engine options with the non-hybrid turbo-petrol also offered with a 6-speed dual-clutch automatic gearbox option.

What are your thoughts regarding the new MG Hector? Let us know in the comments below.

One thought on “MG Hector and Hector Plus Launched in India, Prices start from Rs 12.89 lakhs #MGHector”