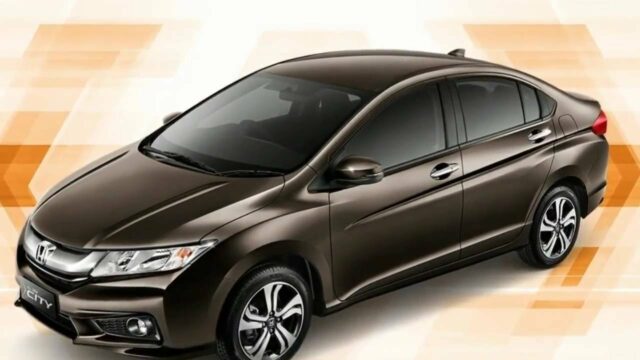 Honda is all set to launch the 2017 variant of its top selling sedan – Honda City in the Indian market. The Japanese car maker has already started taking booking of the new Honda City, the widely popular sedan and it is scheduled to launch on February 14th.

The mid-size sedan is widely popular among young car enthusiasts and takes on the likes of Skoda Rapid, Volkswagen Vento, Hyundai Verna and the recently launched Maruti Suzuki Ciaz.

Here’s everything you need to know about the sedan that has ruled the Indian roads for almost two decades. Facelift with subtle but prominent changes

The 2017 Honda city gets a reworked front bumper with subtle but noticeable changes that make it more aggressive and bold when seen from the front. There’s a tweaked grille with a honeycomb mesh, new reworked headlamp cluster with integrated LED daytime running lights (DRLs), new fog lamps and bigger air intakes on the bumper with a spoiler integrated with LED stop lamp. The new Honda City will bring a feature loaded cockpit. There will be LED cabin lighting, refreshed MID, steering-mounted audio controls even on lower variants, chrome accents, 3 rear headrests with height adjustment and a rear park assist with camera.

The 2017 Honda City will ship with new alloy wheels and new outside rear view mirrors (ORVMs). There will be no change in the dimension of the car but overall we will see some new surface elements, matching the likes of Honda Civic.

The new 2017 Honda City will get an updated automatic climate control system and a new 15.7 cm touch-screen unit.

No Change in Engine

Contrary to features mentioned above, there will be no change in the engine that powers the sedan. The 2017 Honda City will have the same 1.5-litre petrol engine that produces 119 bhp and churns out 145Nm of torque. The 1.5-litre diesel engine will also be the same pumping out 100bhp and 200Nm of torque.

However, a noticeable upgrade will be the 6-Speed Manual Transmission on the Petrol variant.

The sedan will come in five trims- S, SV, V, VX and ZX for the Indian market

clash of clans hack no survey