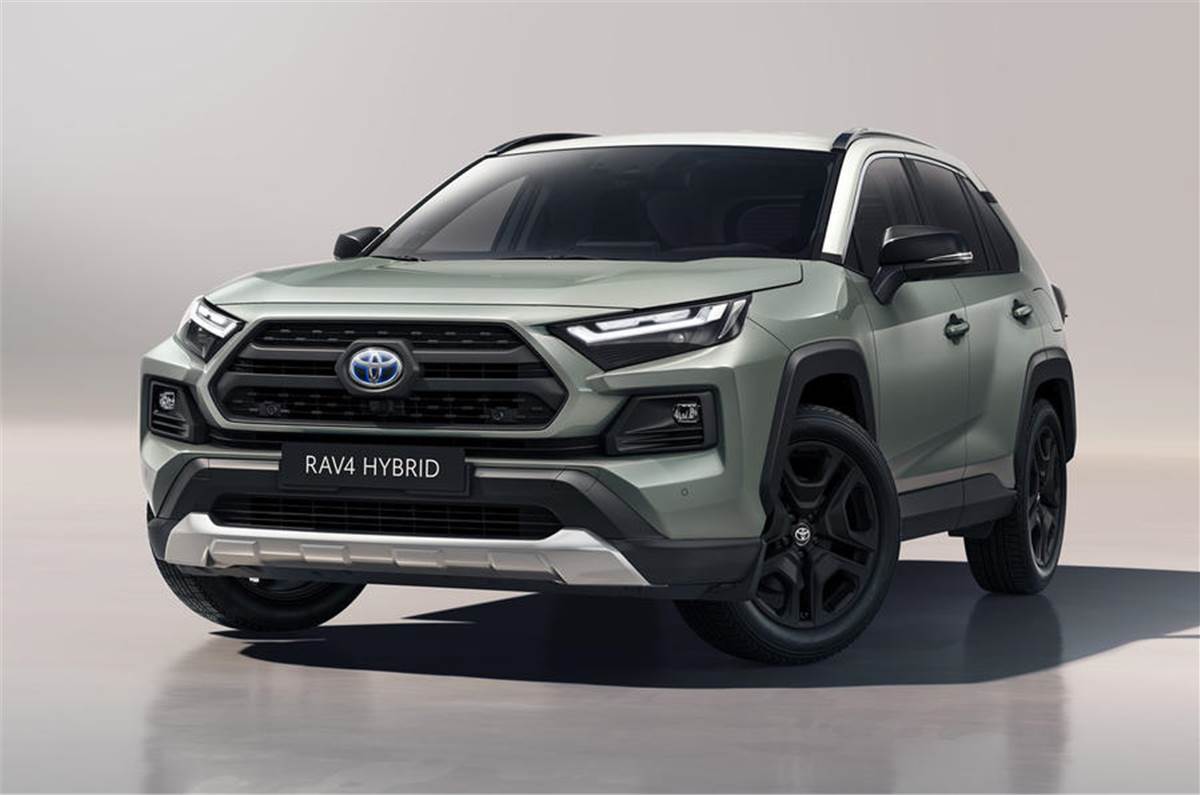 New 2022 Rugged Toyota RAV4 Adventure revealed. The brand says that, with this launch, they are gearing it towards “the great outdoors” and intended to extend the model’s market reach. It is also being dubbed the Toyota RAV4 Adventure, the SUV features interior and exterior tweaks in order to differentiate it from the rest of the RAV4 range.

As for the car itself, starting off with the exterior it now gets styling updates at the front for a more rugged look, including a new black grille, front fog lamps with black surrounds, and silver underbody protection. The model also gains wider wheel arches and 19-inch alloy wheels in matte grey. There are newer LED headlights and LED front foglamps, a 10-spoke alloy wheel design too.

Moving towards the inside, the seats now feature a bespoke upholstery design, with black synthetic leather and quilted and cushioned areas, with orange stitching. Other features include illuminated window control switches and the addition of USB-C ports.

In terms of powertrain, the RAV4 Adventure is powered by the same hybrid powertrain as the standard RAV4. It comes with a 2.5-liter, four-cylinder, petrol engine that works in tandem with an electric motor mounted on the rear axle.

According to Toyota, this reinforces the model’s go-anywhere spirit, with standout rugged styling that’s ready for life in the great outdoors. Also, they have said that the newer version will broaden the model’s market reach to people who want a vehicle that matches their love for life off the beaten track while preserving the performance and efficiency benefits of Toyota’s hybrid-electric technology”.

Well with that said, do let us know your opinions on this post New 2022 Rugged Toyota RAV4 Adventure revealed by dropping a comment down below.