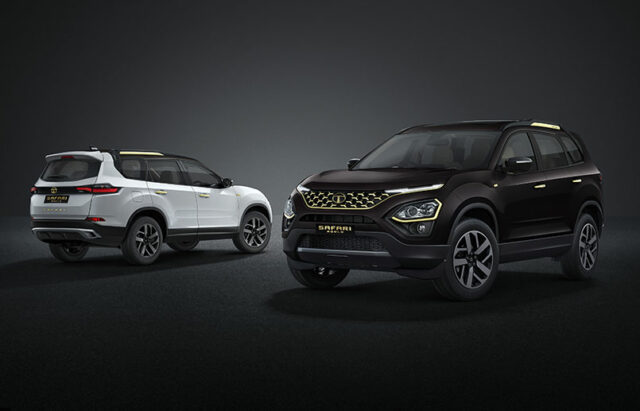 Tata Motors launches the Gold edition of its Safari SUV. This new Gold Edition has priced at INR 21.89 lakhs and Tata says that this edition features an artful blend of class and hi-tech features. The Safari Gold edition will be available in two crafted, special colourways too.

Commenting on the introduction of the Safari Gold, Mr. Vivek Srivatsa, Head – Marketing, Passenger and Electric Vehicles Business Unit, Tata Motors said, “In less than five months after its launch, our premium flagship SUV, the new Safari reached the milestone of its 10,000th rollout and today is among the highest selling SUVs in its segment. The Safari has received immense love from our customers and keeping in mind the response, we are delighted to announce the introduction of the prestigious Safari #Gold Edition from Tata Motors. Staying true to its DNA and in line with our New Forever philosophy, Safari #Gold is a vision of luxury and opulence.” 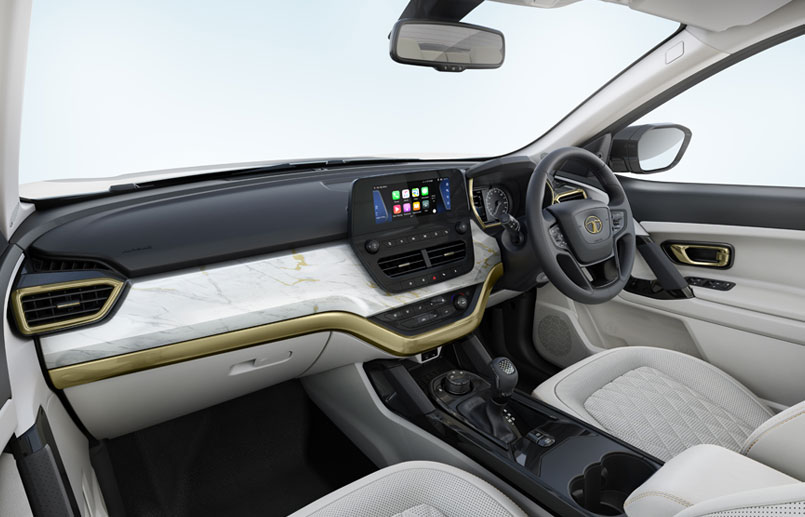 The interiors have been further enhanced with premium features like Oyster White Diamond Quilted – genuine leather seats, offering ventilation on both the 1st & 2nd rows, wireless charger, air purifier, Android Auto & Apple Carplay over Wifi too. Also, the Safari Gold will come with R18 Charcoal Black Alloy Wheels. In addition to this new launch, Tata Motors is also extending some of the premium features like the wireless charger, air purifier too.

As it is still the same Safari, so it is built on the OMEGARC architecture, which in turn is derived from Land Rover’s legendary D8 platform, the Safari possesses the perfect combination of stunning design and performance.

Well with that said, do let us know your opinions on this post Tata Motors launches the Gold edition of its Safari SUV by dropping a comment down below.