Home News Car News Skoda Kushaq to make a debut this year, on the 18th of... 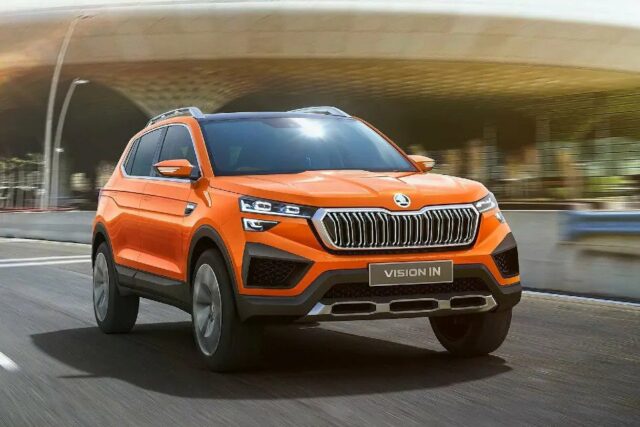 After an extended delay, Skoda will ultimately be launching its much-awaited Kushaq SUV on the 18th of March. Fortunately, it could assume some time for the price announcement in India a little delayed.

There are some key highlights, that are mentioned below, so that reader can have a better overview-

Before talking about the car, here are all the rivals that it would be competing with, This new SUV would be entering the competition with the like of the Hyundai Creta, Kia Seltos, Nissan Kicks, and also the recently updated MG Hector and the Tata Harrier. It could likewise be receiving another rival, which is Volkswagen Taigun according to few leaks which could be hitting the Indian market later this year.

Now for the car itself, this new SUV powers two TSI turbo-petrol engines under the hood. The first engine would be a 110hp, 1.0-litre, three-cylinder unit. Whereas, the second one would be a 150hp, 1.5-litre, four-cylinder unit. Both of the engines will offer a 6-speed manual gearbox, though automatic gearbox options may vary. The 1.0-liter engine would be getting a 6-speed torque converter whereas the 1.5-liter unit would come with a 7-speed DSG.

Skoda has also told the meaning of the name of the car, and why did they choose the name. So according to them, this mid-size SUV’s name has been originated from the Sanskrit word ‘Kushak’. Which in English, refers to ‘King’ or an “Emperor’. This word is similarly very much in line with the brand’s SUV lineup as some of the names of its car start with ‘K’ at the start and end with ‘Q’.

Well with that said, do let us know your options on the Skoda Kushaq, by dropping a comment down below.