Tata Tigor EV to launch soon; Will be powered by Ziptron Technology 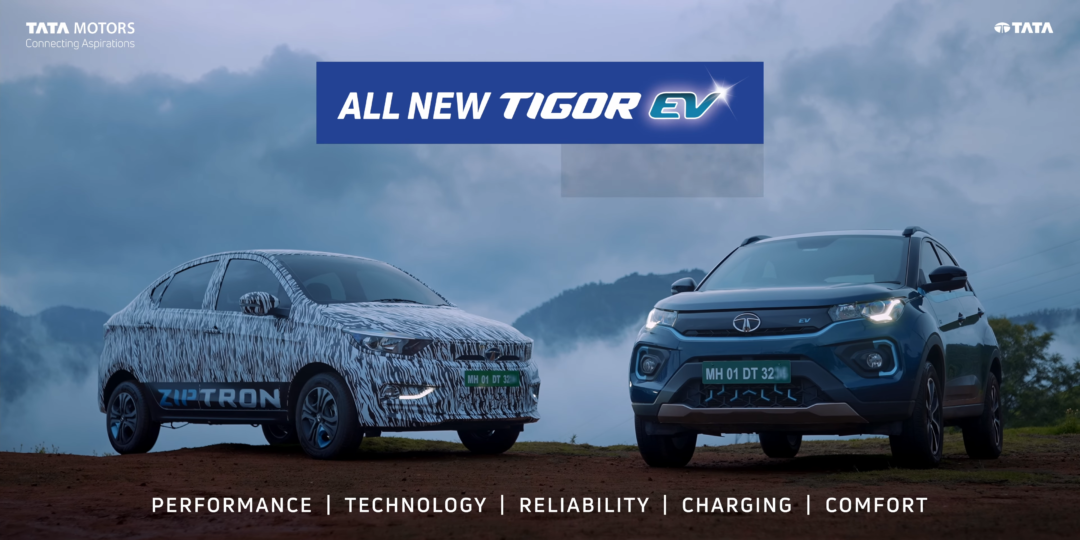 Tata Tigor EV to launch soon; Will be powered by Ziptron Technology. The brand, a few years ago, had also introduced the Tigor EV for government authorities and fleet buyers, and in 2019, it was also made available to private buyers too. However, there were reports of limited range and performance, so this time around the brand is promising to solve those concerns by rolling out a revamped Tigor EV with its Ziptron technology.

They have even shared a video on YouTube about the same. The link for the YouTube video can be found below-

While we don’t have a lot of info about the newer Tigor EV, it appears that it would have a few new exterior cues, such as electric blue hues for the wheels, projector headlights and LED DRLs integrated into the front bumper too. With these new changes, Tata seems to be distinguishing it from the fleet model. This time around there could also be more colour options to choose from too.

As for the powertrain, this would be powered by the Ziptron tech that was seen with Nexon EV too so that does give us some idea about the powertrain. It could come with a 300-volt permanent magnet synchronous electric motor, which is ahead of the 72-volt AC induction-type motor on the older Tigor EV in terms of performance. It is likely that the newer Nexon EV would have a larger 30.2 kWh lithium-ion battery pack, as they are claiming to have improved the range too. This new EV could launch in the upcoming weeks and the states including Maharashtra and Gujarat.

Well with that said, do let us know your opinions on this post Tata Tigor EV to launch soon; Will be powered by Ziptron Technology by dropping a comment down below.

One thought on “Tata Tigor EV to launch soon; Will be powered by Ziptron Technology”