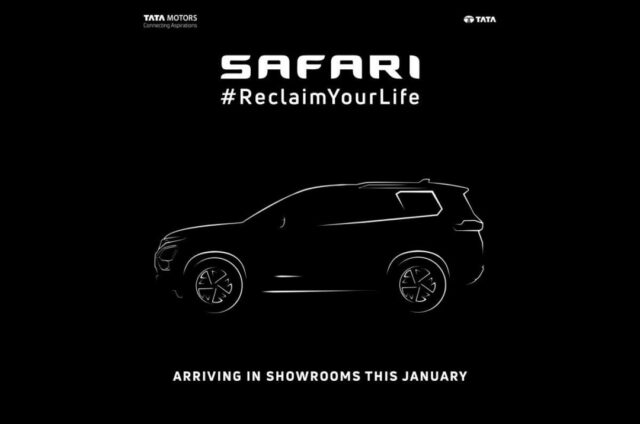 Tata Motors, one of the largest car manufacturers based in India is soon going to celebrate it’s 75th anniversary. To celebrate this momentous milestone, the company announced that they are all set to bring back the iconic Tata Safari name back to their lineup. The car they have chosen to carry the burden of a legacy like no other is the Gravitas.

Initially revealed at the Auto Expo 2020 as the Gravitas, the car is soon going into production and will bear the moniker of the Safari name. This is quite exciting news for motorheads, considering the Safari has a special place in the hearts of Motorheads. Launched way back in 1998, the Safari became immensely popular in a matter of a few years and, even having not received an update or refresh in a long time, the Safari is quite commonly spotted. It is also used by the Indian Army, which is a proud achievement for Tata.

The Safari, like the Harrier, will be based on the Land Rover’s Omega architecture and is expected to be longer to accommodate the third row of seats. Having seen the near-production model at the Auto Expo 2020, we know what to expect in terms of design.

Like all new Tata Motors’ cars, the Safari will sport the Impact 2.0 design language. The front is identical to the Harrier except for a redesigned bumper while the rear is more upright and boxy, providing headroom for the third row. Like the Harrier, it will also get a split headlamp design with LED headlamps while the rear will feature redesigned bumpers and brand new LED taillamps as well. 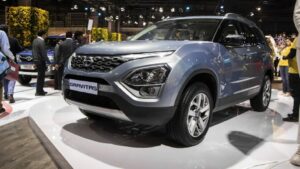 As for the engine, the Safari is expected to get the same powertrain as the Harrier — the FCA sourced 2-litre turbo-diesel engine with BS6 that pumps out  168bhp and 350Nm of torque. The Tata Safari might be offered with six-speed manual and six-speed torque converter automatic transmission options as well. There won’t be an all-wheel-drive version yet, but thanks to the nature of the Omega architecture, incorporating an AWD system and even an electrified powertrain is possible, albeit in the distant future.

The soon to be flagship SUV will be in showrooms in the coming weeks while the launch is slated for January 26. The Harrier is currently priced between Rs 13-20 lakh, so we expect the larger  Safari to demand a premium over its five-seater brother.

Are you excited for the Safari’s return? Let us know in the comments.