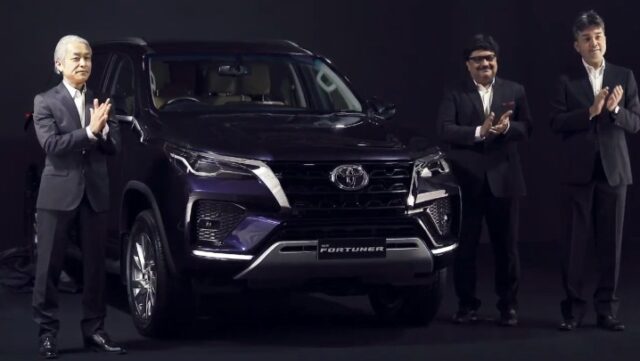 Toyota, quite well known for being the makers of two of the most well-known cars in India, the Innova and Fortuner, today launched the new update for the Toyota Fortuner. The facelift has been priced at Rs 29.98 lakhs

In terms of the design, the new Fortuner facelift gets a completely redesigned front. The front gets a new skid plate which makes the car look brawny. To add to this, the headlamps are now sleeker and the air dam’s size has been increased by a lot to make the front look much meaner than before. The rear lights have been redesigned a bit too and the back looks a bit sleeker in comparison to the previous model. The car rides on diamond-cut alloys.

The interior has been touched up and modernised, with the car now being, in the words of Toyota, a connected car. This is because the car has support for features like geo-fencing and vehicle tracking. Apple Car Play and Android Auto are also supported. As for the safety, the car got 5 stars in the NCAP tests, which means that the Fortuner is quite safe for both you and your loved ones. 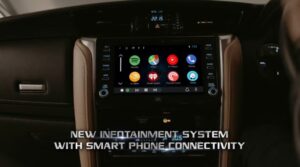 The Toyota Fortuner facelift is available with a 2.7-litre petrol and a 2.8-litre diesel engine. The petrol engine makes 166hp and 245Nm of torque has been carried over from the older model and can be had with a 5-speed manual or a 6-speed automatic.

The shift, meanwhile, is with the diesel engine, while the 2.8-litre diesel continues to make 177hp and 420Nm when paired with the 6-speed manual, it produces 204hp and an impressive 500Nm of torque in the Fortuner automatic, which gets a 6-speed torque converter.

The pricing for the Fortuner 2021 is listed below, with both petrol and diesel models mentioned.

What are your thoughts on the new Fortuner? Do you think this is a good facelift? Let us know in the comments.