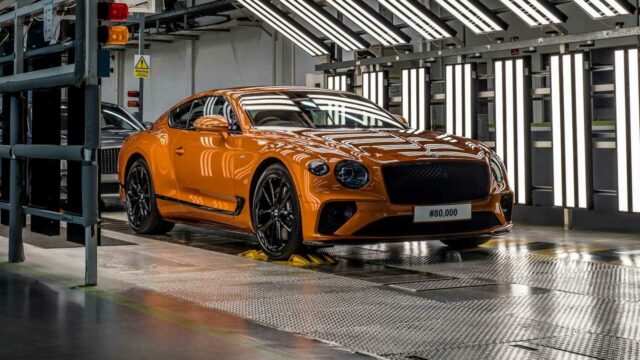 Bentley Motors on Sunday announced that it has produced the 80,000th  example of the Continental GT at its factory in Crewe, UK. The latest car is a handcrafted, right-hand drive Continental GT V8 with Orange Flame exterior paintwork.

In terms of the features, the luxury grand tourer has been finished with the optional Blackline Specification and Styling Specification, both of which add to the car’s presence and hint at its performance credentials.

To celebrate the production milestone, a heritage fleet was drawn up by Bentley to highlight the evolution and achievements of the Continental GT since 2003. 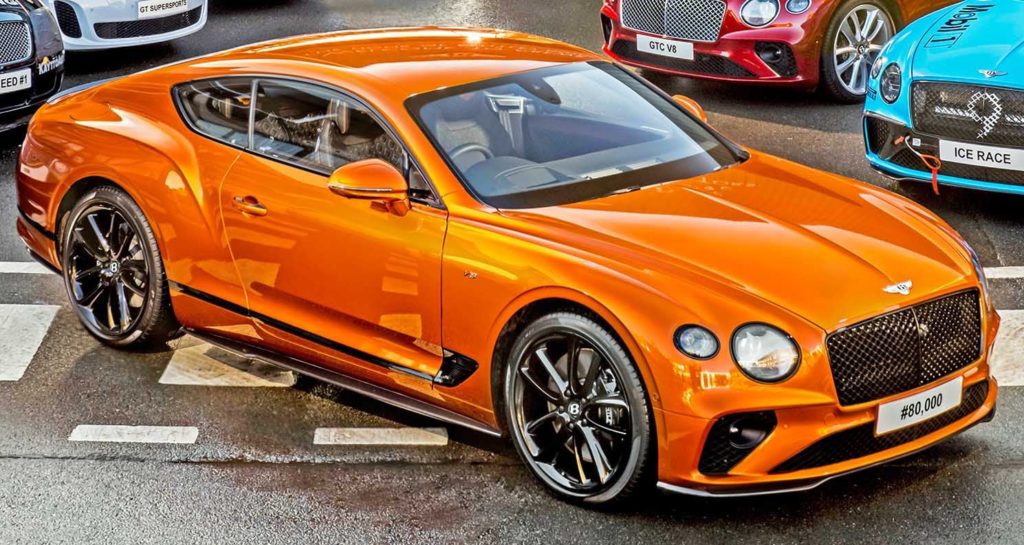 The line-up was joined by some of the most exciting performance-focused Continental GTs, marking the luxury tourer’s contribution in the carmaker’s history of racing and record-breaking.

The current version, which is the third-gen of the car features an upgraded platform, redefined proportions, and is more sculpted and sharply defined.

It gets a choice of powertrains and 17 billion various configuration options for interior as well as exterior. Nearly 5,000 individual examples of the model are delivered to customers around the world every year.

For those of you wondering, the series was launched way back in 2003 and since then, the company has been able to come up with three generations of the model that has undergone several significant styling, technology and engineering upgrades.

What are your thoughts regarding the car? Are you impressed by its rich heritage? Let us know in the comments below.