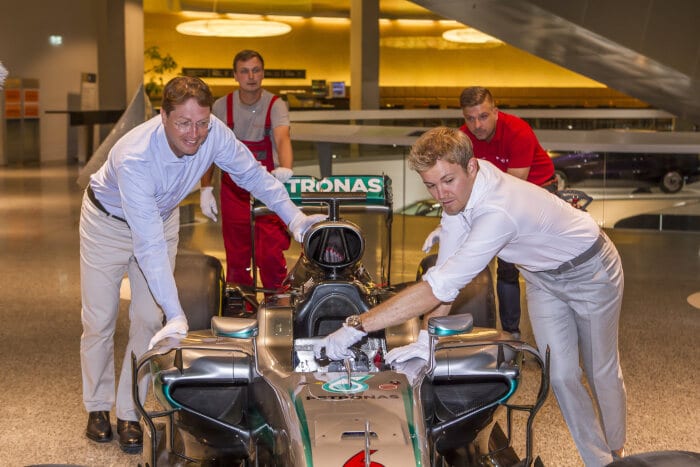 According to some reports, Lewis Hamilton wanting the same salary as the last season (2020) has baffled Mercedes chief Ola Kallenius. For those unaware, the Briton’s contract with Mercedes ended on 1st of January and, since then, he has been the only racer out of the various team to be out of a contract, since every other team has either retained their racer or added a new driver.

The Briton, who won the F1 Drivers’ Championship for the seventh time in 2020, drew level with Michael Schumacher in the process. But his long-term future in the sport is up in the air, with the Silver Arrows being linked with Williams Junior Driver George Russell, who’s outstanding performance during the Sakhir GP had us all in awe.

As has been reported before, Hamilton and Mercedes’s head Toto Wolff have both admitted once or the other that they’re eager to strike an agreement over a new contract, since Mercedes would not wish to leave Hamilton, that too at the peak of his career.

For some context, Hamilton has asked for a salary of around £40million a year to stay with the Mercedes, who he’s been with ever since joining from McLaren in 2013.

As we mentioned earlier, the Chairman of Daimler’s Board of Directors, however ‘cannot understand’ why the 36-year-old is hoping for the same contract he had last year, since Mercedes is having to cut costs on all levels as a result of the coronavirus pandemic and Hamilton staying on would be a very expensive thing for the company.

There are some reports and a bit of chatter around the street that Jim Ratcliffe, chief executive officer of Ineos, wants the Silver Arrows to do everything in order to keep Hamilton with the team, but, as things stand today, no new contract appears to be present.

What are your thoughts in regards to this situation? Do you think Mercedes will be able to secure Hamilton, or will he sit this season out, which would be rather damaging for his career? Let us know in the comments below.