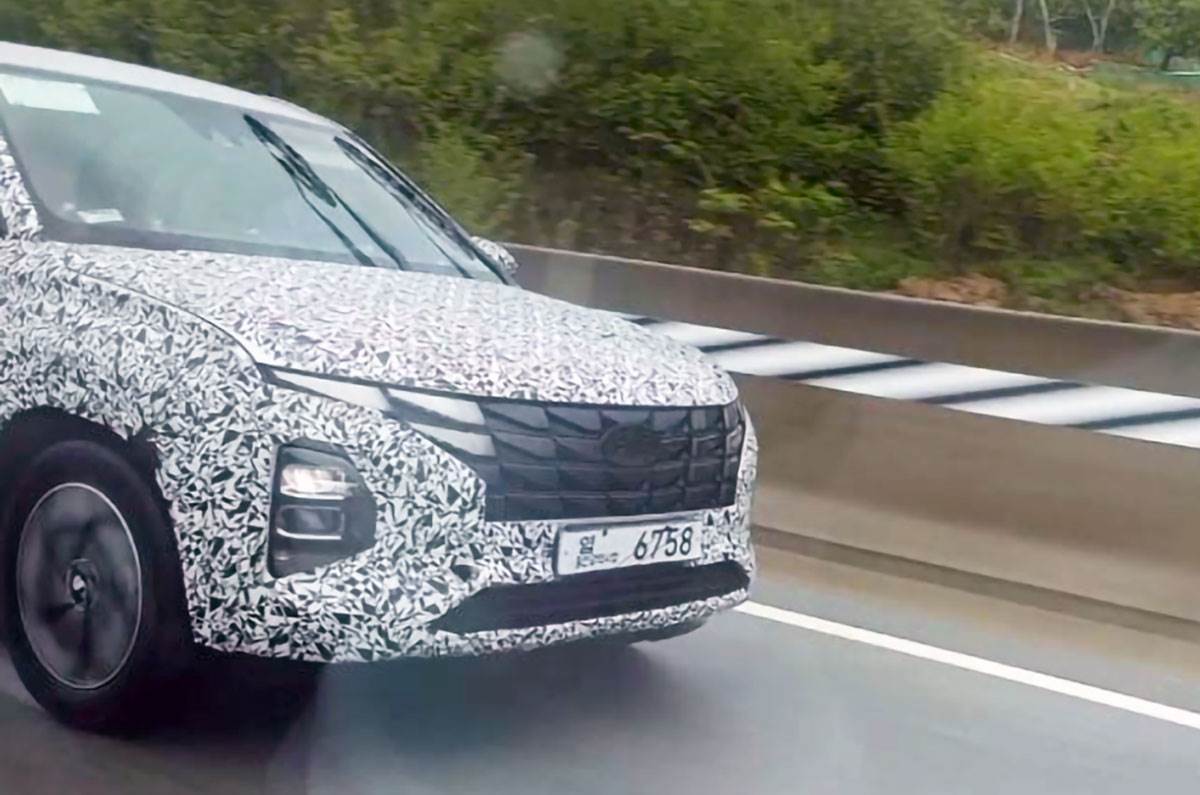 Hyundai Creta facelift revealed with new styling details. There has also been a new image of the second-gen Hyundai Creta has surfaced online. This new image has revealed some of the new details about the model’s styling. While we are not sure, the Creta embrace styling cues from the new Tucson.

Also read, MG One SUV teased ahead of debut on July 30

As for what we know so far, the pictures had revealed that the body shell of the SUV would remain more or less unchanged, but in those images, the heavier camouflage hid the design updates. However, these new images seem to shows that the updated midsize SUV will borrow styling cues from the new Tucson. As for the headlamps are now more rectangular and sit lower on the front fascia. Whereas, the parametric grille design is more apparent in this new picture, with the LED DRLs seamlessly blended into it.

Well with that said, do let us your opinions on this post Hyundai Creta facelift revealed with new styling details by dropping a comment down below.

Skoda India crosses the 10,000-bookings mark for the Kushaq

OPPO A16 launched in India with prices starting at INR 13,990

Itel launches their entry-level A26 device in India at Rs. 5999

Skoda India crosses the 10,000-bookings mark for the Kushaq