Mahindra XUV700 announced at a starting price of ₹11.99 lakhs 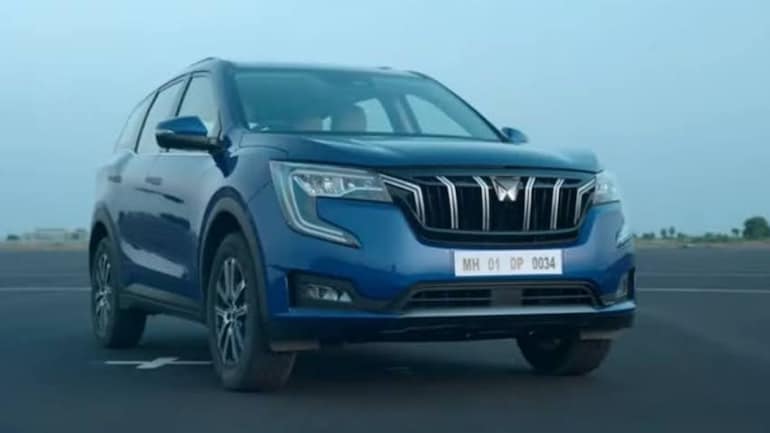 Mahindra XUV700 announced at a starting price of ₹11.99 lakhs. The XUV700 has been one of the most anticipated SUVs and it has finally launched. It was originally designed as the next-generation XUV500, though Mahindra later decided to reposition the model due to its plan of massively expanding its SUV portfolio. The pricing has also been announced which starts from ₹11.99 lakh. The MX Gasoline is priced at ₹11.99 lakh, which the MX Diesel comes at a price of ₹12.49 lakh and the AdrenoX AX3 Gasoline at ₹13.99 lakh and not to forget the top-end AdrenoX AX5 Gasoline variant priced at ₹14.99 lakh.

As for the XUV700 itself, the grille design now comes with its outwardly bent vertical bars, the new headlights with massive C-shaped DRLs that drop down into the bumper, pop-out door handles that sit flush with the body, large and angular tail-lights, and the twin five-spoke alloy wheels too. As for the inside, there is a dual 10.25-inch screen layout – one for the infotainment and the other for the instrument cluster – housed in a single, massive panel. The infotainment system uses the brand’s newly developed AdrenoX interface with an in-built Amazon Alexa virtual assistant for carrying out a variety of voice commands. To know more about it, you can click on the link below.

It also comes with wireless Android Auto and Apple CarPlay connectivity, wireless charger, panoramic sunroof, auto booster headlights, dual-zone automatic climate control, air purifier, leatherette upholstery and dashboard inserts, an electronic parking brake, and a custom-built 12 speaker setup designed by Sony. We have previously covered the same too, more information about which can be found from the link below.

Mahindra XUV700 to come with Sound System offered by Sony

Now for the powertrain, there are two options to choose from, either a petrol or diesel powertrain. The 2.0-litre, four-cylinder, turbo-petrol Mahindra mStallion unit is tuned to produce 200hp and 380Nm. On the other hand, the diesel is a 2.2-litre, four-cylinder mHawk turbocharged unit that will come in two states of tune. Both engines can be had with 6-speed manual and 6-speed automatic gearbox options, though the lower-spec diesel will only be available with a manual. There is also an all-wheel-drive model on offer.

Well with that said, do let us know your opinions on this post-2021 Mahindra XUV700 announced its India at a starting price of ₹11.99 lakhs by dropping a comment down below.