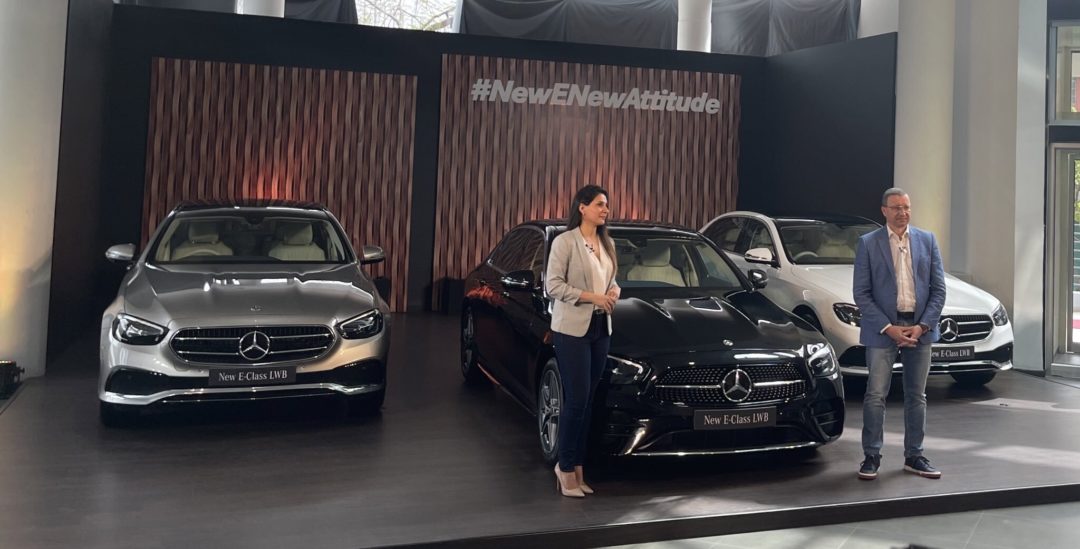 Mercedes-Benz E-Class long-wheelbase facelift which is one of the most awaited cars has been launched. It starts at a price of Rs 63.6 lakh and is available in five variants with three engine that users can choose from.

Now for the car itself, on the outside, the E-Class long-wheelbase facelift gets new headlamps and front bumper, along with a wider three-slat chrome grille and chrome trim for the fog lamp inserts. There are changes to the rear that include a new bumper design and slim, horizontal tail-lamps. The new changes look very similar to the one on the new S-Class.

The car is available in Polar White, Obsidian Black, High-Tech Silver, and Mojave Silver as well. Additionally, there is also a Selenite Grey and Designo Hyacinth Red are also available, but they would only be available for a limited time.

The interiors of the car get two 12.3-inch screens, one of them is in the instrument cluster and the other for the infotainment system. There is also a new steering wheel with capacitive touch controls, and also there is a new touchscreen in the rear-center with two USB ports at the back.

The powertrain options for this new 2021 E-Class long-wheelbase facelift include a 197hp, 2.0-litre, four-cylinder turbo-petrol in the E 200; a 194hp, 2.0-litre four-cylinder diesel in the E 200d; and a 3.0-litre, straight-six diesel in the top-spec E 350d that has been tuned up to deliver 286hp. All of the engines are paired to a 9-speed torque converter automatic gearbox as a standard.

Speaking of the 2021 Mercedes-Benz E-Class facelift rivals, there is the BMW 5 Series, the Audi A6, the Jaguar XF and there is also the Volvo S90.

Well with that said, do let us know your opinions on this post Mercedes-Benz E-Class facelift launched in India priced at Rs 63.6 lakh by dropping a comment down below.