Jeep has launched the Jeep Wrangler in India and it also says that it has been locally assembled. It is priced from Rs 53.9 and goes up to 57.9 lakh (introductory price and ex-showroom, India). It is being offered in the same Unlimited and Rubicon trims as before, along with a new 80th Anniversary Edition.

Some main points have been mentioned below, for readers to have a better overview-

Now for the powertrain options and features, it is offered with a 2.0-litre, four-cylinder, turbo-petrol motor that gets 268hp and 400Nm of torque. There is an 8-speed torque converter automatic gearbox is available as standard. Both the variants are differentiated by the alloy wheels, as the Unlimited packs in a set of 18-inches, whereas the Rubicon variant gets wheels that are a size smaller.

The features of this new Wrangler include LED headlamps and DRLs, LED fog lamps, leather upholstery, 7.0-inch color MID screen in the instrument cluster, an 8.4-inch touchscreen infotainment system with support for Apple CarPlay and Android Auto, dual-zone climate control, and keyless entry/start as well. As it is a Wrangler, it also gets removable doors and a hardtop roof.

On the safety front Jeep has given some special attention, as it gets front and side airbags, electronic stability control, hill start assist, hill descent control, electronic roll mitigation, automatic headlamps, tire pressure monitor, and rear parking sensors and camera. The special edition however features a unique design for the alloy wheels and ’80th Anniversary’ badging on the front fenders, as well as the central console and front seats in the cabin.

This new Made-in-India Jeep Wrangler would be available in five colors which include, Bright White, Sting-Gray, Granite Crystal, Black, and the Firecracker Red. 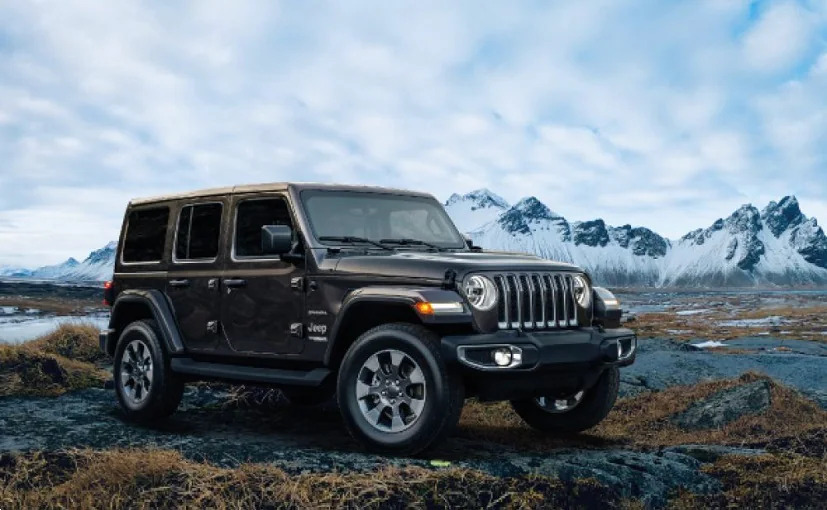 Well with that said, do let us know your opinions on this post Made-in-India Jeep Wrangler launched at Rs. 53.9 lakh by dropping a comment down below.