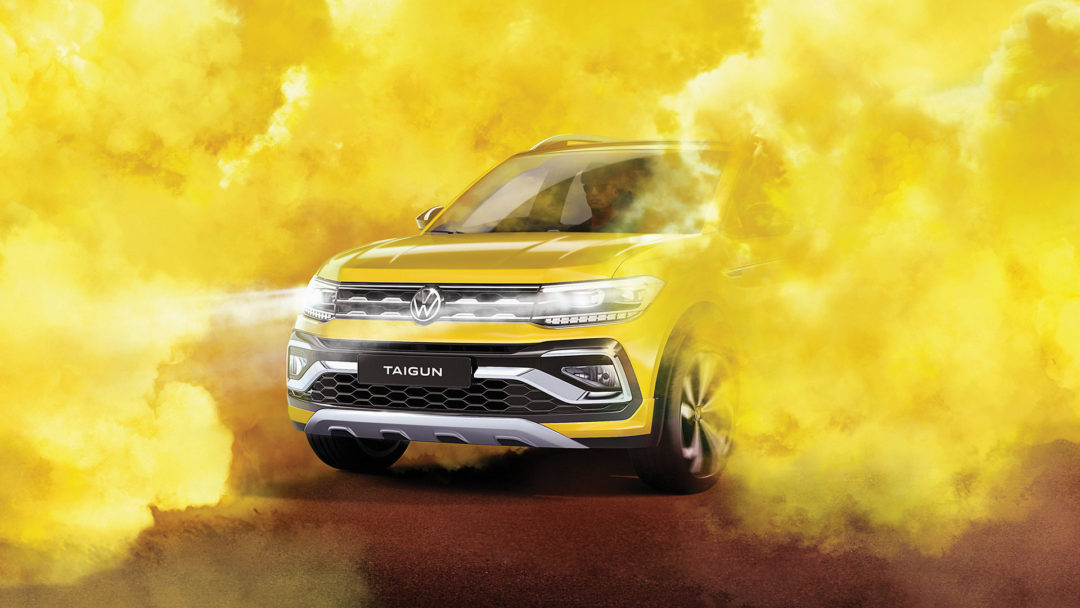 The Volkswagen Taigun, which is essentially Volkswagen’s answer to the Hyundai Creta and Kia’s Seltos was recently teased via an official post by the company, which comes before the car’s expected launch in the second half of 2021. This is going to be a significant launch and, seeing as to how the mid-size SUV crowd is booming and this could mean wonders for the company.

The Taigun, which was showcased during 2020’s Auto Expo is so near to the production unit that we expect the changes to be quite minimal when it goes on sale in production form. With a classic Volkswagen design, the Taigun will get ample amounts of chrome below the LED headlights, a distinct-looking LED light bar connecting the LED tail-lights. which adds to the look of the car and provides neat character lines. There are also stylish two-tone alloy wheels.

At the centre of the dashboard is the piece da resistance, a large infotainment system, which will probably be an 8.0-inch unit with connected car technology. To add to this, there is a digital instrument cluster, which is situated behind a bit of a chunky, fat steering wheel that comes with controls for the infotainment and some other features.

Volkswagen, when asked about the engine has confirmed that a turbo-petrol engine from its TSI set will be on offer, a 1.5-litre four-cylinder unit. As for the gearbox, a 7-speed dual-clutch gearbox is present. A manual gearbox option is also expected, though Volkswagen has not commented on the same.VW is also evaluating the chances of offering a factory-fit CNG option.

What are your thoughts regarding the Taigun? Are you excited for the same? Let us know in the comments below.

BMW 5 Series facelift to launch in India on June 24

Mercedes-Benz launches its flagship and the most advanced S-Class. The ‘2021 World Luxury Car of the Year’ in India

One thought on “Volkswagen Begins Teasing Taigun Before 2021 Launch. #Taigun”

BMW 5 Series facelift to launch in India on June 24