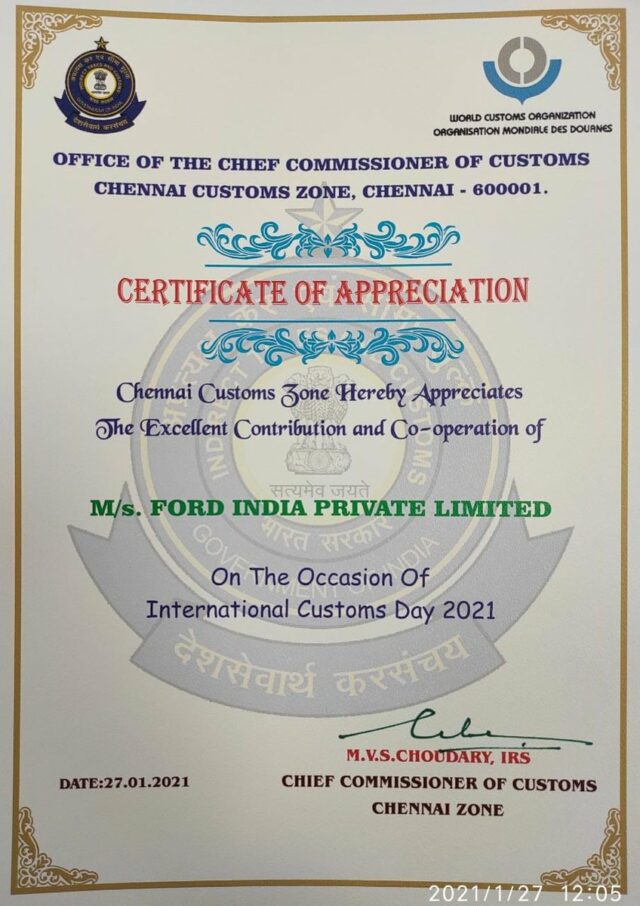 On Wednesday, Ford India expressed it’s gratitude towards Chennai customs after getting recognition for exports, that too on the occasion of International customs day.

For those of you wondering, on the occasion of International Customs Day (ICD), the Office of the Chief Commissioner of Customs in Chennai appreciated the role of Ford India and provided a citation for its excellent contribution to global trade.

One of India’s leading exporter and advocates of Make-in-India, Ford India featured in the INR 10,000 Crore Market share category and hailed for its cooperation in ensuring the flow of goods across the world borders.

In case you missed it, back in 2020, the company had shipped 26,089 units to overseas markets during the April-September period, down 63.69 per cent from April-September last fiscal. 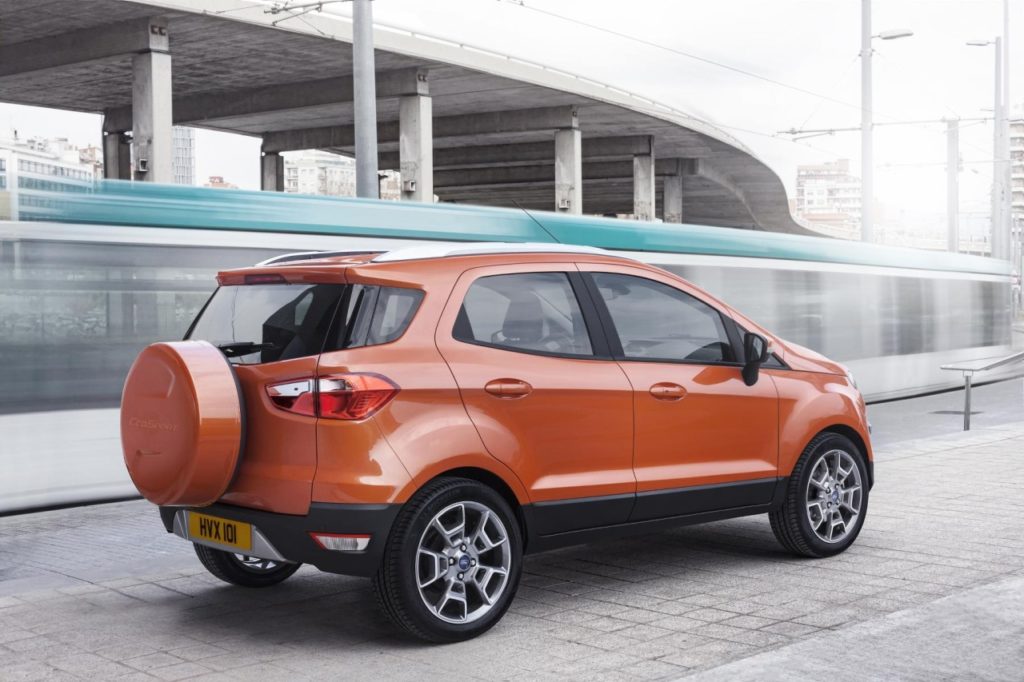 This was mainly due to the Covid-19 pandemic and the implications that it had on the market. Regardless, Ford did export some cars, which is a feat on it’s own, considering production too was hit drastically during the period.

Some cars that the company exports to external markets include the Ford Ecosport, the company’s most well-known SUV in India, the Ford Figo and the Figo Aspire, the cars being a hatchback and a sedan, respectively. They sell quite well in India, with the Ecosport being a popular offering.

To add to the numbers, back in April of 2020, the Ecosport became the topmost exported Indian car, with 88,200 units being exported from India to other markets.

What are your thoughts regarding the recognition of the company? Are you happy with the role that Ford plays in the export market? Let us know in the comments below.