Ford Ranger Raptor to Launch in India Soon, Here’s What we Know So Far. #RangerRaptor 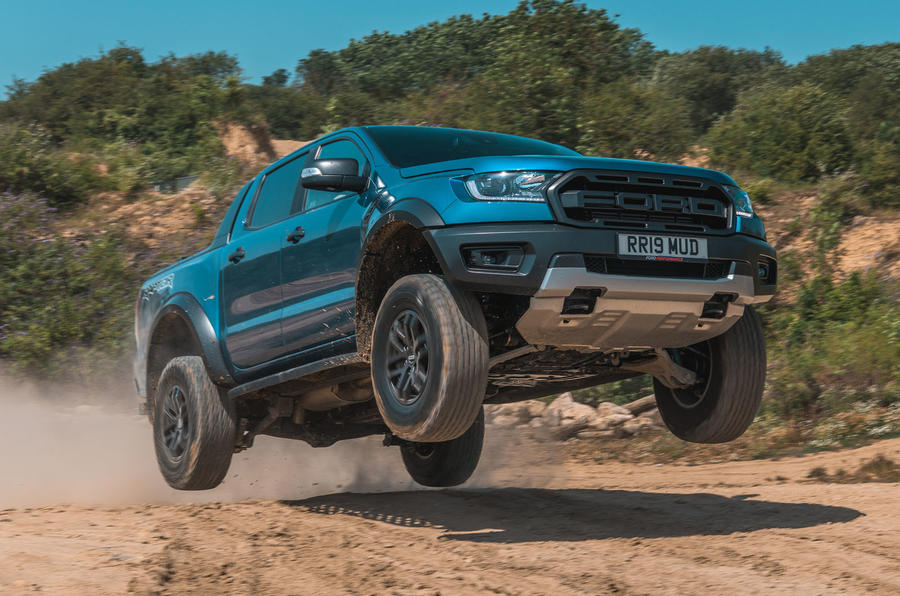 As was previously reported about Ford India Pvt Ltd’s plans to take the market by a surprise by the decision of bringing its high-performance Ranger Raptor pickup truck in India. According to speculations, Ford is planning on importing a few of the Ranger Raptor pickup to India, with a launch expected towards the latter half of the year.

We do know some stuff about the pickup since it is on sale in international markets. The Ranger Raptor is the high-performance version of the Ranger pickup truck, built for off-roading. In comparison to the regular Ranger, the Ranger Raptor features a slightly more aggressive design, with wider fenders to accommodate its massive 285 mm tyres. In addition to this, the front bumper gets an integrated skid plate as well as tow hooks for towing cars in case of emergencies.

Apart from the ‘Raptor’ logo on the rear fenders, the car also gets a completely redesigned front grille, with the large ‘FORD’ branding in tow. In addition to the visual enhancements, there are some solid performance upgrades over the standard Ranger too. These include an upgraded suspension with Fox 2.5-inch off-road racing coil-overs, which offer 30 per cent more wheel travel, as well as a Watt’s linkage at the rear.

The Ranger Raptor comes equipped with a 2.0-litre, 4-cylinder turbo-diesel engine, capable of putting out 213 PS of maximum power, along with 500 Nm of peak torque. The engine is mated to a 10-speed automatic gearbox, similar to the one found on the  Endeavour. A four-wheel-drive system comes standard on the Ranger Raptor. Apart from that, the pickup truck comes with a Terrain Management System that offers 6 traction modes with the modes being Normal, Grass/Gravel/Snow, Mud/Sand, Sport, Rock and Baja. The Ranger Raptor has a massive ground clearance of 283 mm.

Since we know that the offroader will be brought here fully assembled, we expect it to be a premium offering. Also, the exclusivity of the pickup truck will result in a premium price tag, with reports of the car being priced at Rs 65-70 lakhs.

One thought on “Ford Ranger Raptor to Launch in India Soon, Here’s What we Know So Far. #RangerRaptor”