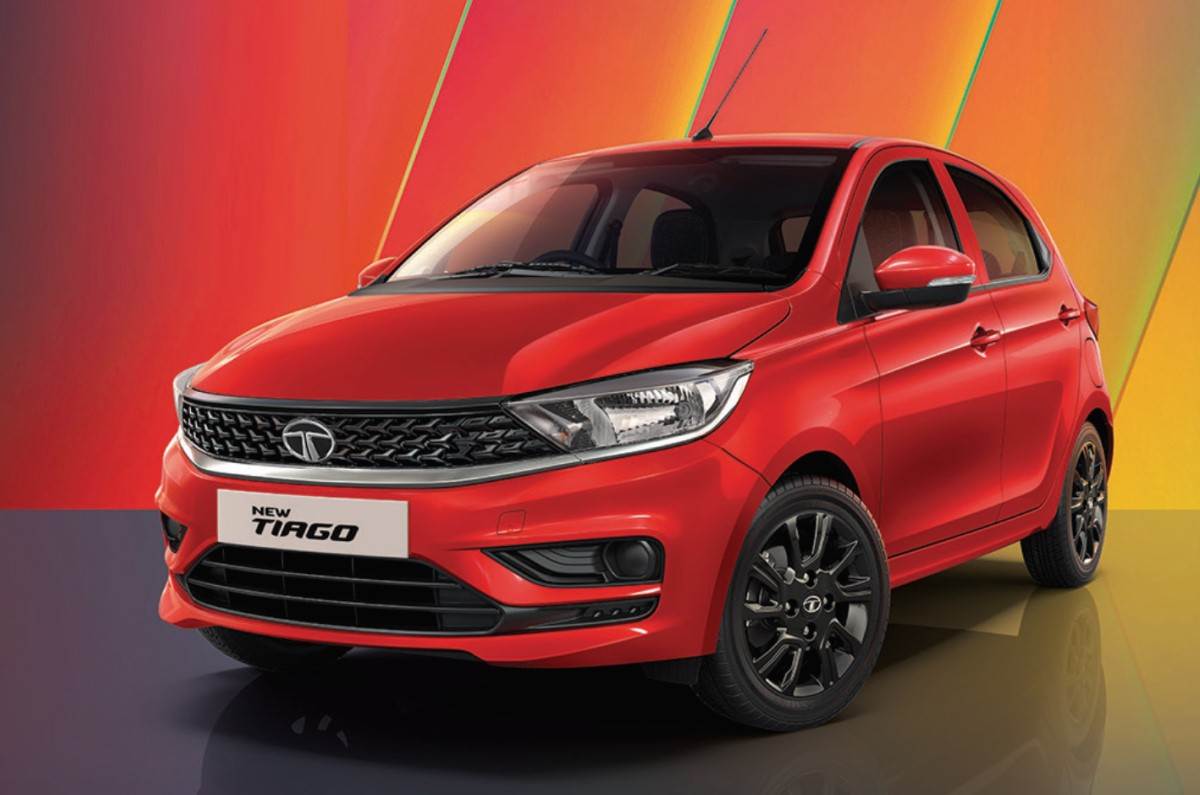 Tata Motors on Saturday, launched a new variant of its popular hatchback Tiago. The hatchback, which is called Tiago Limited Edition, celebrates the one year anniversary of the new Tiago refresh. The limited-edition Tata Tiago has been launched at a price of ₹5.79 lakh (ex-showroom Delhi).

Earlier in 2020, Tata launched the BS 6 version of the Tiago which is part of its ‘New Forever’ range., the Special Edition Tiago 2020 gets slight design upgrades and the car is available in both manual and AMT options. Under the hood is the new Revotron 1.2L BS 6 petrol engine.

In terms of the Tiago Limited Edition, it will be available in manual, with three colours on offer, the hues being Flame Red, Pearlescent White & Daytona Grey.

As for the changes to the limited edition Tiago, they include a new 14-inch bold black alloy wheels, a 5-inch infotainment touchscreen that has 3D navigation through Navimaps, reverse parking sensor with display, voice command recognition and image and video playback. There is also a rear parcel tray.

Commenting on the launch of this new variant, Vivek Srivatsa, Marketing Head, Passenger Vehicles Business Unit, Tata Motors said, “Since its launch in 2016, the Tiago has been very successful in its segment and has been appreciated by all.

Following the same, the product’s BS6 version was introduced in 2020 which also received a 4-star safety rating by GNCAP at launch, making it the safest in its segment.

With more than 3.25 lakh happy customers on the road, the Tiago has evidently received tremendous market response. We are confident that through the introduction of this limited period variant and in alignment with our New Forever philosophy, we will continue to bring excitement in this space while catering to the ever-evolving demand of our consumers.”

What are your thoughts regarding the new limited edition Tiago? Let us know in the comments below.